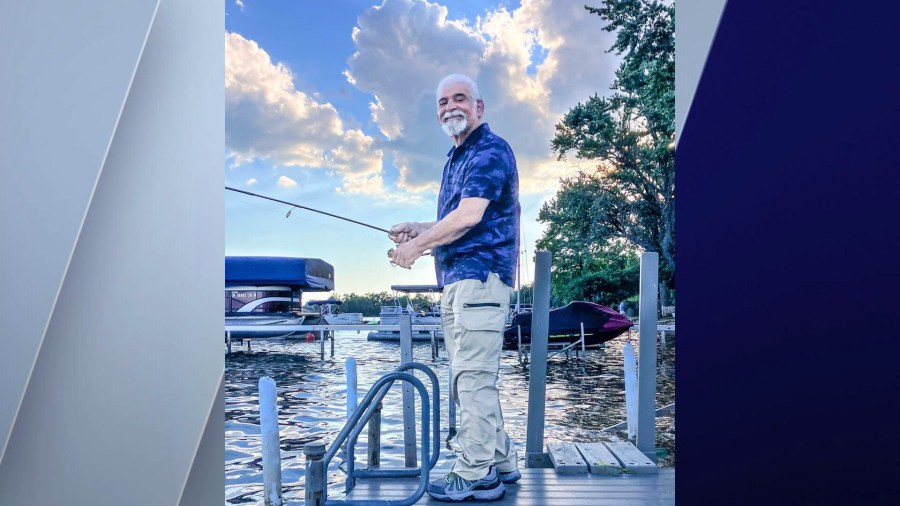 CRYSTAL LAKE, Ill. — A suburban man is on a long road to recovery after a car crash through his garage and into the shower he was in last week.

At around 7 p.m. Wednesday, authorities responded to the 100 block of Heather Drive on the report of crash.

Police believe an SUV was heading eastbound on Ballard Road when it left the roadway and struck a garage and residence in the 100 block of Heather Drive. The vehicle ended up into the second floor of the home.

Angelo Pleotis, 64, was inside the home taking a shower during the moment of impact.

He was rushed to Advocate Condell Medical Center with devastating injuries, including head trauma and internal injuries.

While at the hospital, doctors discovered he was paralyzed, family said.

“When the crash happened it damaged his spine in two places,” son Phillip Pleotis said. “Leaving him paralyzed.”

He was looking forward to retirement after working as a tool maker. A week before the accident, his daughter asked him something special.


Crews tearing down Crystal Lake garage after car slams into it

“She had just recently asked my dad to walk her down the aisle about a week before this all happened,” his son said.

Police said the driver of the SUV didn’t stop at the nearby intersection and ran off the road.

At this time, it’s unknown if charges will be filed.

“He’s just a wonderful guy. He certainly didn’t deserve this,” his brother said.