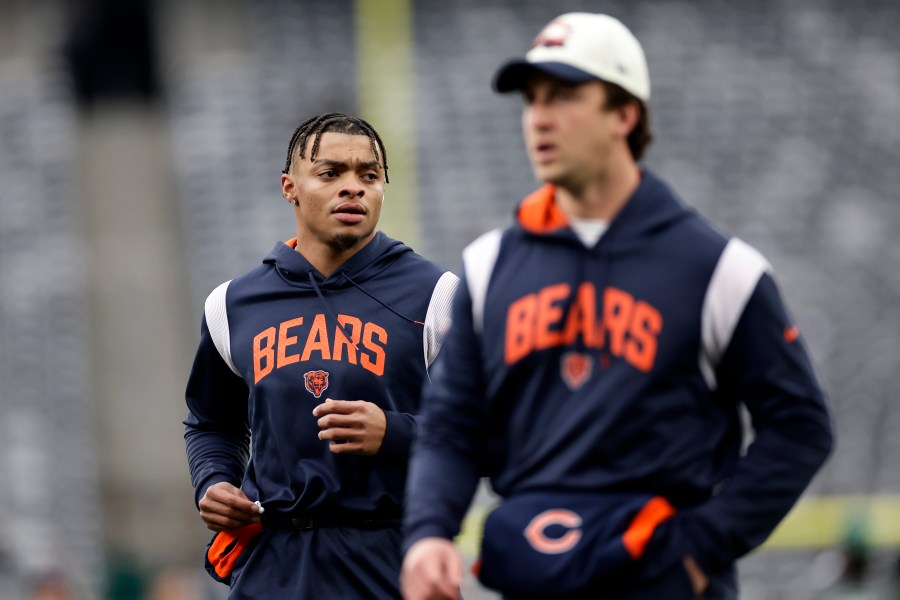 LAKE FOREST – With a number of injuries at a few positions, Matt Eberflus’ news conferences lately have begun with a fair amount of roster moves.

On Wednesday, that included a quarterback due to a pair of issues with signal callers on the roster.

With Justin Fields and Trevor Siemian dealing with injuries, the Bears have signed former Packers and Lions quarterback Tim Boyle to the active roster ahead of the game against Green Bay on Sunday afternoon at Soldier Field.

With some uncertainty about both, the Bears decided not to take any chances.

“When you have two quarterbacks that are dealing with injuries and you have Nate on the roster, we’re doing it for a precaution, to make sure we’re covering all of our bases,” said Eberflus of signing Boyle.

After playing college football for UConn and Eastern Kentucky, he signed with the Packers as an undrafted free agent in 2018. He would stay with that franchise for three seasons, appearing in 11 games but only throwing four passes in those contests.

During the last of those two years, Boyle worked with current Bears offensive coordinator Luke Getsy, who was the quarterbacks coach for the Packers in 2019 and 2020.

He signed with the Lions in 2021 and started three games during the season, completing 61-of-94 passes for 526 yards and three touchdowns compared to six interceptions. Detroit lost each of those starts, dropping games to the Browns, Falcons, and Seahawks.

Boyle was on the Lions’ practice squad during the 2022 season before signing with the Bears this week.