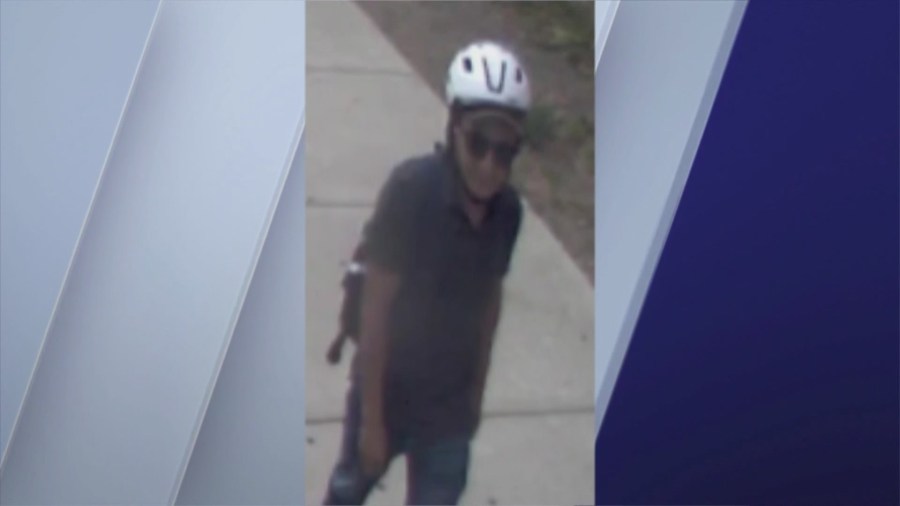 CHICAGO — A woman who says a man on an electric skateboard groped her is warning others to stay alert as the search for the attacker continues.

Paige Ruhnke says she and several other women have reported their assault to the police.

“I was just walking and a guy came up behind me on a one-wheel skateboard and grabbed me under my shorts,” Ruhnke said. “I continued to yell, thinking it would do anything, but unfortunately, he just looked at me and laughed.”

Ruhnke and other victims have shared details of the attack on a neighborhood page, citing similar violations from a male on a one-wheel electric skateboard and a distinct white helmet.

“I’ve had moms reach out to me that their daughters have been assaulted and it’s absolutely heartbreaking to hear,” Ruhnke told WGN News. “So, I’m just trying to take action for the people that can’t do that right now.”

The neighborhood pager caught the attention of Michael Perrino, who says the images shared helped him spot the suspect on Monday.

“He noticed me following him. He got hostile,” Perrino said. “He couldn’t escape. I followed him. He tried to lead me into wrong-way traffic. He eventually went into this alley into Sunda Chicago Asian food restaurant.”

Perrino says he spoke with a Sunda Chicago employee who said the male in question escaped through the back door.

WGN News reached out Sunda Chicago for comment. A restaurant spokesperson said, “This random person is not employed at Sunda New Asian, nor was authorized to be on the premises when he entered through the back door before quickly running out the front door.”

Police have since issued an alert for the suspect, but Ruhnke wants women to remain aware of their surroundings.

“I have, and so many other women on Nextdoor, now say they’re constantly looking over their shoulders,” Ruhnke said. “They’re constantly just checking, side to side, ‘is anyone by me?’ If someone comes up behind me, I’m nervous. It’s just uncomfortable.

“It’s not about getting anything. I just don’t want him on the street anymore. “

‘She was a light’: Teen killed alongside friend’s family in I-90 crash remembered for positivity, leadership