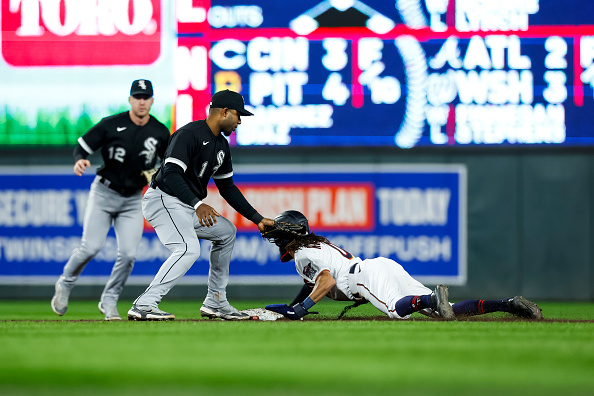 CHICAGO – There are probably a few people who didn’t realize it considering the team’s main goal was to win the American League Central division, an opportunity that disappeared this past weekend.

But on Wednesday night, it became official: The Chicago White Sox were eliminated from contention from the 2022 American League Playoffs.

That happened when the club lost to the Minnesota Twins 8-4 at Target Field in Minneapolis, continuing a miserable week-and-a-half in which they started out in contention for the division title. Instead, the White Sox have lost eight-straight games – three to the Guardians, three to the Tigers, and now two to the Twins.

The last of those officially knocked the team out of contention for the last AL Wild Card spot, which is being held by the Seattle Mariners.

Thursday afternoon’s series finale against the Twins marks the first time that the White Sox will play a game eliminated from playoff contention since the 2019 season. In 2020 the club won a Wild Card spot in the playoffs and then captured the AL Central title in the 2021 season.

An overwhelming preseason favorite to win the division again, the White Sox underachieved as they were plagued by injuries, inconsistent play, questionable manager decisions, and roster deficiencies that kept the team out of first place since early April.

The team trailed the Twins and eventual AL Central champion Cleveland for the rest of the season, pulling within a game on August 16 then 1 1/2 games on September 10th. Since then, they’ve gone 4-11 and haven’t won a game since September 18th.

It’s a frustrating end to a frustrating season that still has six games remaining after Thursday, which officially i a non-playoff campaign as of Wednesday night.