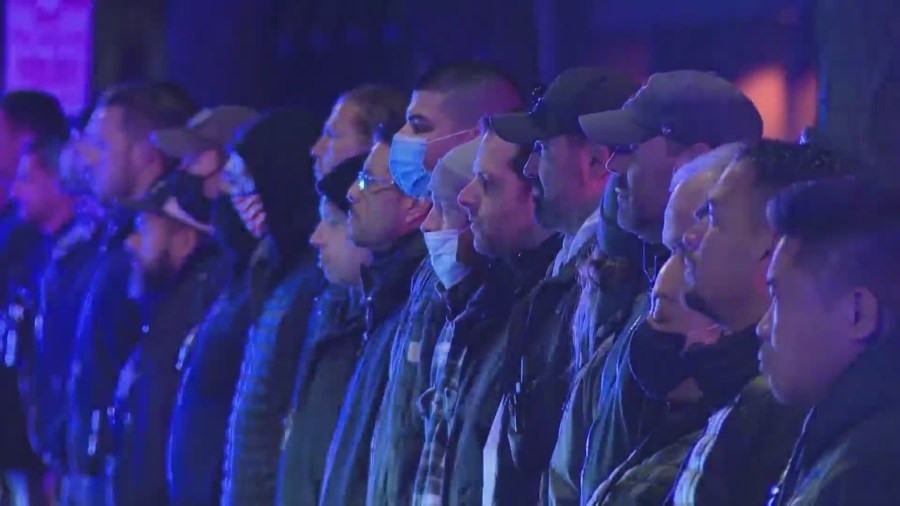 CHICAGO — A group of aldermen introduced an ordinance Wednesday with a focus on giving CPD officers more time off.

The group believes officers are being forced to work an extreme amount of hours and it’s taking a toll on their mental health.

Ald. Silvana Tabares (23rd Ward), the wife of a Chicago police officer, was joined Wednesday by several of her colleagues and family of officers who have died by suicide.

Ryan Clancy, the brother of officer Patricia Swank — who died by suicide earlier this month, lamented a lack of off days for the department.

Clancy and a group of aldermen said officers are overworked with normal days off being repeadly canceled.

“They’re changing their shifts, their hours their teams, they’re eliminating units,” CPD officer widow Julia Troglia said. “(Lightfoot is) wrong, she’s lying to you. The spouses — we know the truth, we live it.”

The ordinance would require the department to provide, at minimum, one day off per week for officers — giving them more advanced notice of their schedules. It would also give officers the ability to decline forced cancellations of off days.

The officers would also be paid double time fore more than two hours added to a scheduled shift.

Mayor Lightfoot said she does not support the ordinance — saying she feels it is not appropriate for City Council to set personnel decisions for the Chicago Police Department.

“What I don’t want to do is for the sake of pandering to a crowd,” Lightfoot said. “Do something that frankly undermines the flexibility, every department needs to have to address emerging HR issues.”

Ald. Matt O’Shea (19th Ward) said three officers have died by suicides this month alone with more than a dozen since 2018.

“We continue to fail them” he said. “They become a number.”

The group is also calling on the city to pay death benefits for three families of officers who died from COVID-19. The days off ordinance will next move to a hearing.

The New National Suicide and Mental Health Hotline can be reached by dialing 988.