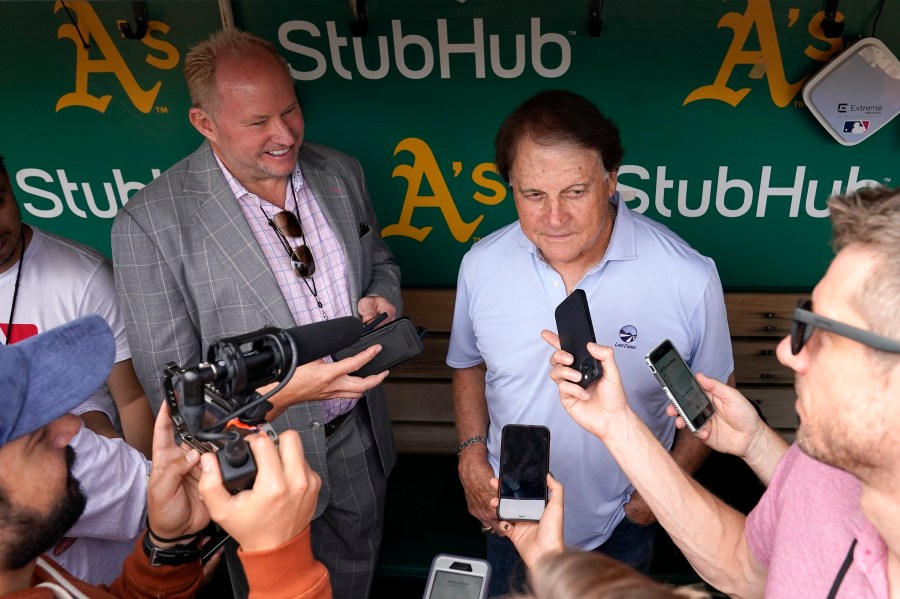 OAKLAND – For the first time since his pregame media news conference at Guaranteed Rate Field on August 30th, Tony La Russa was at a White Sox game on Sunday.

But it wasn’t in the capacity that he’s been used to since the beginning of the 2021 season.

The manager was at RingCentral Coliseum in Oakland on Sunday as part of a jersey retirement ceremony to honor Athletics legend Dave Stewart. La Russa led the club when the pitcher was one of the best in the game and helped the A’s to three-straight pennants from 1988-1990 and the 1989 World Series championship.

That was the first time he’d been seen since being sent to Arizona for testing for what was an unspecified medical issue, and while he provided clarity on that, there wasn’t much on when or if he might return to the team in 2022.

La Russa told reporters, including Janie McCauley of The Associated Press, that he had a pacemaker inserted for his heart in Arizona, which was the reason for his abrupt medical leave from the team.

At the same time, he didn’t know if or when would return to the White Sox as they continue their quest to win the American League Central division championship.

“Health is nothing to mess with,” said La Russa to The Associated Press. “So I got checked in Chicago and the reason that I flew to Arizona is that’s been the place since the ’90s I’ve had my physicals. They addressed it, they fixed it and now it’s just a question of regaining strength.”

Before his medical leave, La Russa was in the midst of his second season with the White Sox after making his return to the dugout after a decade last year in his second stint with the club. He led them to a 93-69 record in 2021 along with the club’s first AL Central title in 13 years.

This season hasn’t been as clean as the club, which was favored to coast to a division crown, has been hovering around .500 all year long while not holding at least a share of first place since mid-April.

Acting manager Miguel Cairo, who took over for La Russa after his leave, has led the White Sox to a 9-4 record as they currently sit 2 1/2 games behind the Guardians for first in the AL Central.