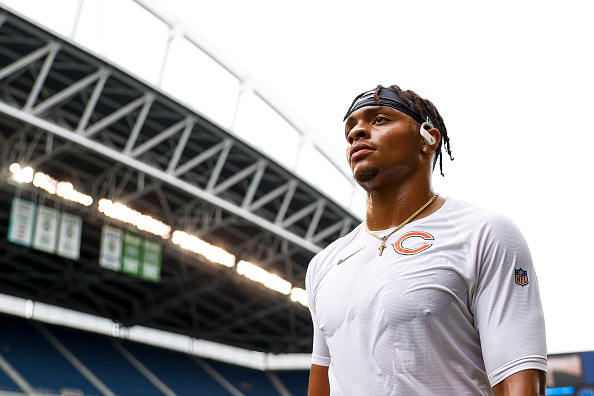 SEATTLE – If the turnaround seems a bit short, you’re not alone.

The Bears played their first preseason game last Saturday and are back on the field on Thursday night to face the Seahawks for their second contest.

It’s a situation the team will have to deal with in October when they face the Commanders in a Thursday night game on the 13th of that month after facing the Vikings just four days earlier.

But when it comes to getting starters the proper reps before the season while also making sure the backups get their time, it can adjust some things as the Bears head to Lumen Field.

Here’s what to look for when the Bears and Seahawks kickoff around 7 PM on Thursday.

If you were looking for a lot of time from the starters on Thursday, you probably won’t see it.

After having a good amount of the starters play 15-20 plays against the Chiefs on Saturday, head coach Matt Eberflus expect the first team to see 6-10 snaps of work against the Seahawks. The head coach did say that number could change from player to player and the situation, but don’t expect a lot of the first teamers on the field on Thursday.

The team will conclude the preseason against the Browns in Cleveland on Saturday, August 27th.

For the first time this preseason, the Bears’ first selection of their 2022 NFL Draft will take the field – and it’s a fitting debut for the cornerback.

Second round pick Kyler Gordon grew up about 25 miles from Seattle in Mukilteo and then played his college football at Washington, so he’ll be very familiar with the surroundings when he plays in a contest at the NFL level for the first time.

Held out of the opening preseason game with a foot issue, Gordon continues to prepare for his rookie season in which he’ll likely debut as a starter in the Bears’ secondary. Yet he’ll take a moment to enjoy Thursday, which is a significant moment in his career so close to where it all began.

“I think that’s cool. I think it was meant to be. I feel like it was God’s plan,” said Gordon of playing in his first NFL preseason game near where he grew up. “So I’m just excited.”

Wide receiver Velus Jones Jr., the third Bears’ pick in the third round, will also be playing in his first preseason game as well after being held out of the game against Kansas City.

The story of Teven Jenkins’ training camp is one of the most interesting of all as he’s gone from practicing to being out to possibly being traded to back on the field.

The injury that kept him out of workouts was never revealed, but at the moment it appears behind him as he’s worked his way back into the Bears’ offensive line rotation.

Jenkins gets his biggest opportunity yet as he’ll likely be with the first team offense and take snaps at right guard against the Seahawks, where he worked during the week. Since offseason workouts, the former second round pick has worked at a number of positions on the line in hopes of finding his place for the 2022 season.

Once again, you’ll see Roquan Smith on the sidelines for the Bears on Thursday despite the fact that he remains a “hold-in” during training camp.

His ongoing contract dispute has kept him off the practice field even though he was taken off the PUP list before the Chiefs game. That was preceded by a trade demand after a long-term contract deal has yet to be reached.

The linebacker still is without a contract resolution as the team continues on in the preseason and is under a month away from the opener against the 49ers on September 11th. Eberflus said he still remains in team meetings and other off-field activities.