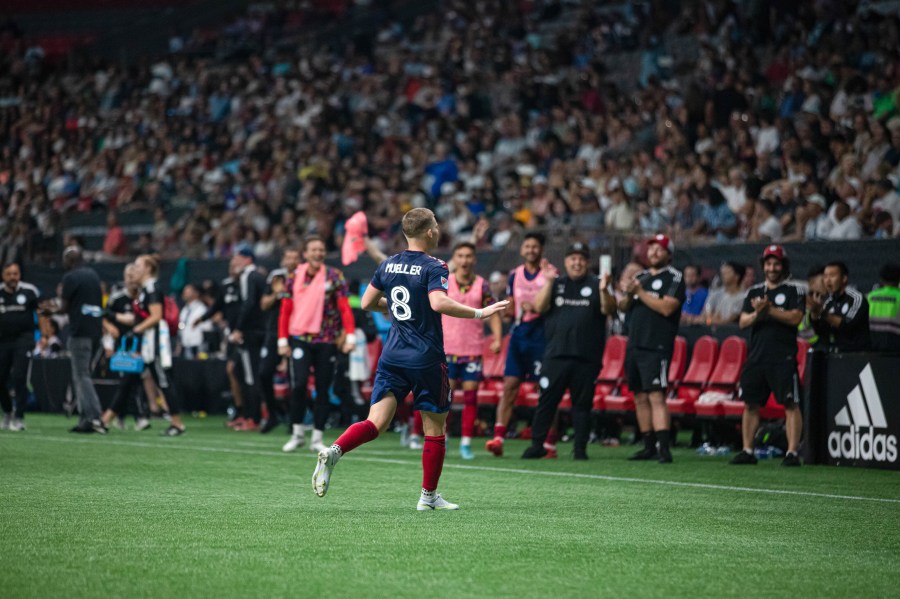 CHICAGO – At that moment, despite there being a few months left in the season, it looked like that could have been the end of the club’s hopes to make a playoff push.

Leading at halftime 2-0 against the Columbus Crew on July 9th at Soldier Field, Chicago Fire FC gave up the lead and lost by a goal. It was their third defeat in their last four matches as they sank to the bottom of the Major League Soccer standings.

It was a low moment for Ezra Hendrickson’s still early tenure with the Fire, but he wanted to prevent it from getting out of control. So at a meeting before their next match against Toronto FC, like would happen in other weeks, but the manager turned it into a brainstorming session on how to turn things around.

“How are we losing games that we should tie, and tying games that we should win. How can we change that? Moreso, it was just bonding together and saying, you know what,it stops,” said Henrickson of the meeting. “There’s no way we can be at home and let up in that last 27 or 30 minutes like that. That’s never going to happen again.

“Xherdan Shaqiri spoke up and, what he had to say, it resonated with the guys and that’s all about, whether you are a starter or you’re coming in, you have to have that mentality of: it’s a team. And we’re going to win as a team.”

Hendrickson said the team was trying to build the confidence to go on the run based of the fact the club had a number of close misses over the previous few months. The opportunity to get to form was in front of them and the issue was just finishing it out.

“Too many games, we let go by the wayside. Too many times we created so many chances, even on the road, to go up on teams two-or three-nothing and just miss chances and that was killing us,” said Hendrickson. “So I think from that meeting and the confidence that it’s possible for us to come back and save the season, so to speak.”

That’s exactly what they’ve done over their past three matches, collecting a 2-0 win over Toronto FC at Soldier Field on July 13th then knocking off Seattle three days later. Last Saturday, the club broke a tie in the second half with a pair of goals in Vancouver to win it 3-1 for a three-match winning streak.

A start to this turnaround was that meeting after the lowpoint of the season.

“I think after that game (Columbus), we agreed that we have to self-reflect more than anything and see if we are really doing everything possible for the team to come out on top after every game and doing that in every training session, every game obviously and everything that you’re doing to prepare for training every day,” said midfielder Mauricio Pineda of the meeting. “So I think that’s something that was really important that needed to be said, and needed it to be talked about. And luckily it’s something that worked.

“Some of those things don’t always work if you don’t take it seriously and put into action in training and games but, like I said, I think the team took that really well and has shown more positive moments since that game.”

That’s the longest the club had had since the 2017 season, the last time they made the playoffs, and have aided their chances of making the postseason. At 26 points, they are in a three-way tie for eighth place in the Eastern Conference, two points behind FC Cincinnati for the last playoff spot.

They can get closer when they face Atlanta United FC at Soldier Field on Saturday at 4 PM, a match you can watch on WGN-TV, Channel 9. Starting with a meeting and translated to more consisted play on the pitch, the chance to continue the mid-summer turnaround is within range.

“I think it’s just the collective of just the confidence within the team and just knowing that we weren’t getting blown out in games, we were just shooting ourselves in the foot, so to speak, and as soon as we changed that, we started to finish games out, from player one to player 16 going into the game, we would be fine,” said Hendrickson. “And I think that has helped us.”