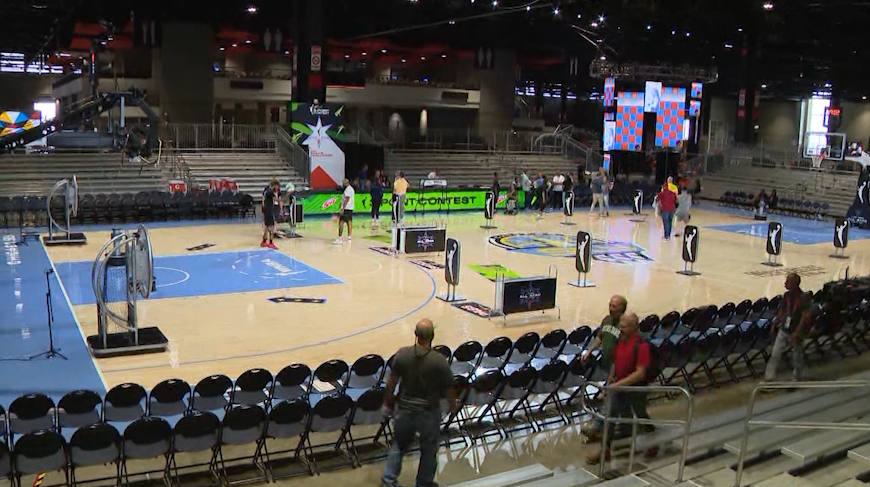 CHICAGO – The city is no stranger to hosting All-Star Games in a number of different sports over the decades, but this weekend brings a new event to town.

The WNBA All-Star Game is in Chicago for the first time with events on Saturday and Sunday in celebration of the world’s best women’s basketball players. This comes as the hosts of the event, the Chicago Sky, are having great success in 2022 after winning their first WNBA Championship in 2021.

Saturday’s WNBA Live at McCormick Place features the league’s Skills and Three-Point Competition along with 2022 Nike Tournament of Champions and the Girls Nike Nationals on Saturday.

The reigning WNBA champion Chicago Sky will be represented by Courtney Vandersloot and Azura Stevens in the Skills Competition while Allie Quigley goes for a fourth three-point competition win.

Sunday at Noon is the big event – the 2022 WNBA All-Star Game at Wintrust Arena – which will included Sky head coach James Wade along with players Candace Parker (Starter) along with Kahleah Copper, Emma Meesseman, and Vandersloot (reserves).

While there is a lot of joy with the event, there will be many thinking about Phoenix Mercury star Brittney Griner, who remains detained in Russia.

WGN News Now covers all of these angles on this special edition of “The Weekend Ahead” as we preview the WNBA All-Star Game. Subria Whitaker of CHGO and grow the game joins the show to talk about the weekend’s impact on women’s sports.

Larry Hawley hosts this special which you can watch in the video above.