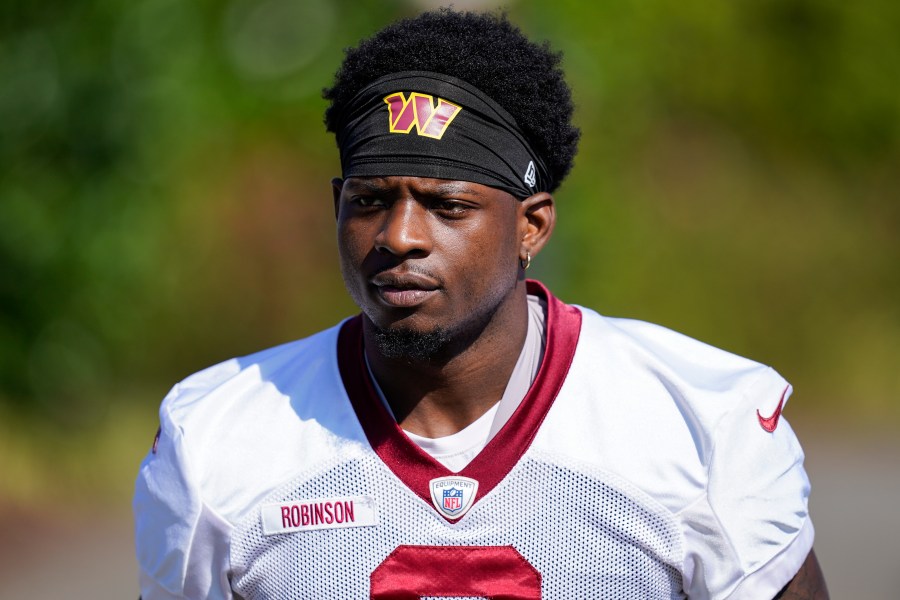 (WGHP) — An NFL rookie is reportedly in the hospital after being shot multiple times in Washington, D.C. on Sunday.

Washington Commanders rookie running back Brian Robinson Jr. is in the hospital in stable condition with injuries that aren’t considered life-threatening, sources tell NFL Network, ESPN, and The Athletic.

The Metro Police Department in Washington, D.C. said the shooting happened around 6 p.m. ET in the 1000 block of H Street in the Northeast section of Washington, D.C., roughly nine miles west of FedEx Field, where the Commanders play.

When officers arrived at the scene, they found Robinson with “a couple gunshot wounds to his lower extremities,” director of communications for the police department, Dustin Sternbeck, told ESPN. Robinson was rushed to a nearby hospital.

The suspects fled before officers arrived but a firearm was found nearby, USA Today reports. Authorities believe Robinson was the target of an attempted armed robbery or a carjacking, according to Sternbeck.

D.C. Police posted to Twitter Sunday alerting to the shooting and warning the public to be on the lookout for two young Black men. An investigation remains ongoing.

Robinson was selected in the third round of the 2022 NFL Draft by the Commanders after spending five years at the University of Alabama where he won two national championships.