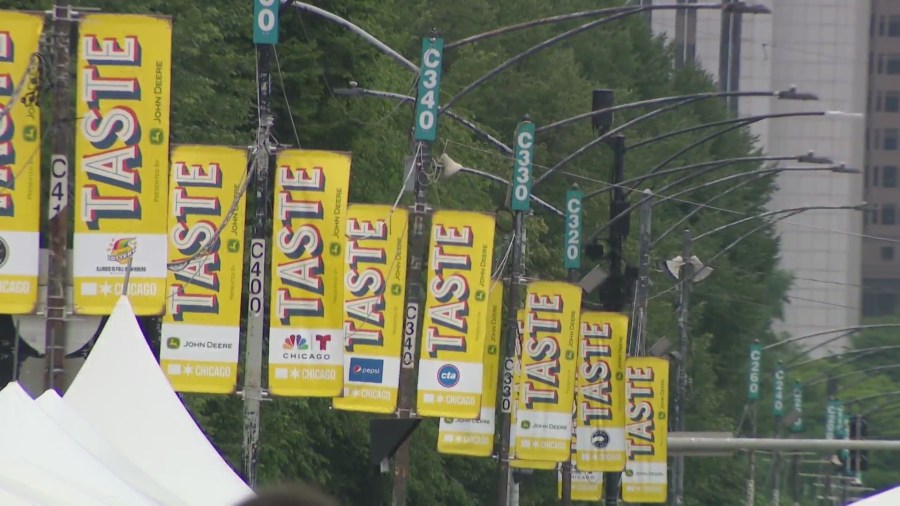 CHICAGO — For the first time in more than two years, the Taste of Chicago is back, albeit with fewer vendors and additional security.

In light of the Highland Park parade shooting, the city boosted security and patrol of Grant Park. Despite the added precautions, locals and tourists expressed excitement about participating in the Chicago staple.

“I’m so excited to see those faces of our customers. It’s such a blessing. It’s good for me and it’s good for my business,” said Charles Robinson, president and CEO of Robinson’s No. 1 Ribs.

A table at the Taste since 1984, Robinson said this year the restaurant almost didn’t make it.

“Staffing is a major problem but at the last minute, we were able to pick up some extra employees which really helped us out along those lines,” Robinson said.

This year, the city slashed fees for a spot at the festival and did away with Taste’s longtime ticketing system.

“The good thing about this year, (Chicago Mayor Lori Lightfoot) decided to give us a break and not take a percentage from us and I’m so excited about that,” Robinson said

The city’s incentives were enough to bring Loren Devaroe, owner of Sole Ingredient Catering, to the table.

“Everything we make here today, we earn, we keep,” the first-time vendor said.

Happy with sales from the day, Devaroe told WGN News she would be back next year.

“We’ve got the longest line here, which is amazing,” she said.

This year, the bite-sized event featured 30 vendors instead of 50 but thousands of people still chowed down around Buckingham Fountain.

“It’s fantastic to be back,” said Taste attendee Terry Paczolt. “It’s wonderful to have everybody out here. It’s just so much fun.”