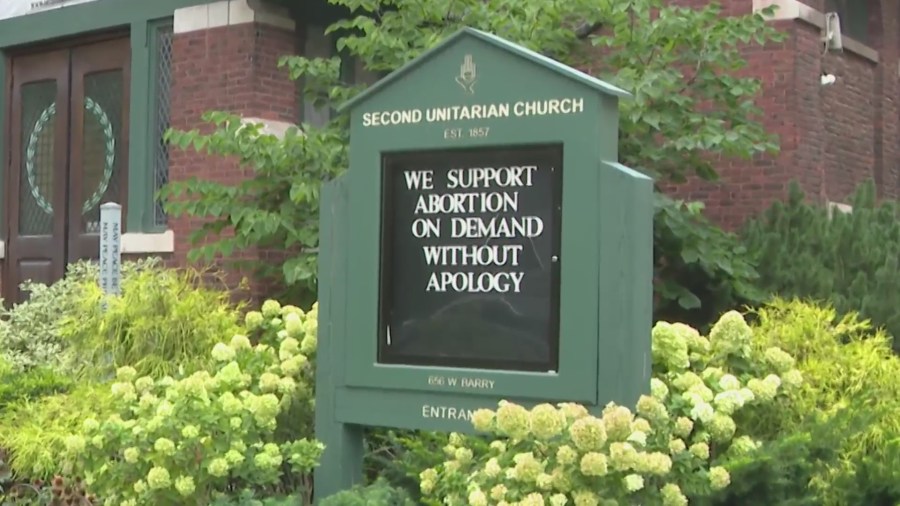 CHICAGO —  Leadership at the Second Unitarian Church of Chicago posted a message the day after Roe v. Wade was overturned, telling its East Lakeview community, ‘We support abortion on demand without apology.’

It’s a message the church says was welcomed on the block until Wednesday afternoon. Video captured by a neighbor shows two women throwing rocks at the church, vandalism first reported by Block Club Chicago.

The vandals crumbled the words that apparently offended them and shattered a stained glass window a member created in the 1970s that will now require special repair.

“We say every Sunday that we embrace conflict,” he said. “That’s what it means to be human and of this world – and so these women could have had a conversation with us, could have shared their disagreeing opinions and there could have been a dialogue. Unfortunately, that’s not how they chose to behave.”

He’s since restored his message, making sure the vandals don’t have the last word.

“Not everybody has to agree,” said Board President Christy Grant. “That’s fine. But it’s not Ok to smash windows.”