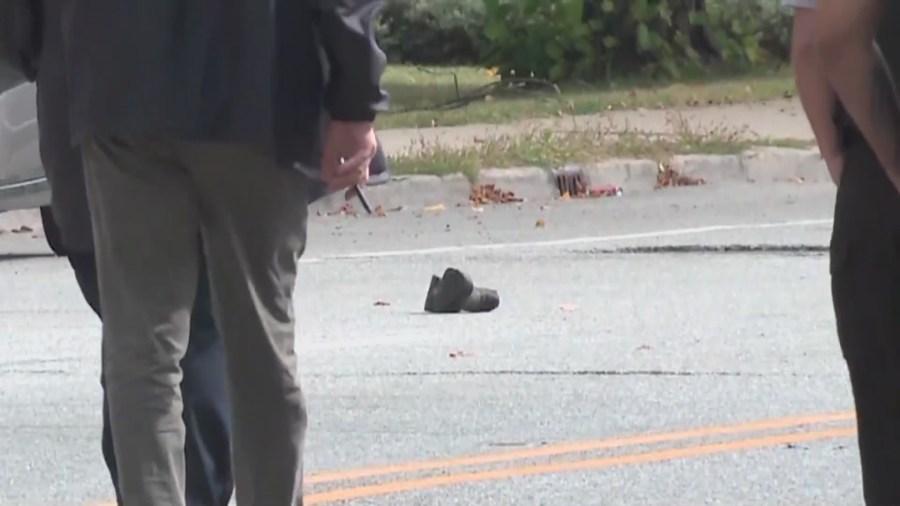 CHICAGO — John Garrido, who runs the Garrido Stray Rescue Foundation for Animals, says a phone call from one of his officers in the 16th District alerted him of an accident involving two people and two dogs near his Northwest Side home.

Tuesday morning in the 6200 block of W. Devon St., police say a man in his mid-30s was trying to cross the roadway and stepped out from between two vehicles. A vehicle driven by a 21-year-old woman traveling eastbound struck the man.

Garrido, whose animal rescue foundation officially started in 2017, says the stretch of road at the center of the crash has proven fatal in the past.

“It’s not really well lit. There’s no other crosswalks…or protected crosswalks,” Garrido said. “I think it would help if they could get a yellow sign and a defined cross,walk so it stands out.”

Both the driver and the victim were taken to Lutheran General Hospital. The critically injured man had been walking his two dogs. One canine, a shepherd kettle, died at the scene, having previously served as a first responder for the Mutual Aid Box Alarm System. Firefighters worked to save the life of the other canine.

“I learned that the fire department had already started oxygen on the dog and sat with the dog for approximately 30 minutes, which essentially saved the dog’s life, for sure,” Garrido said.

“She’s a black lab about a year and a half old,” Garrido said. “She’s young, which is probably what is helping her, that she’s young.”

But the lab suffered multiple injuries, including a collapsed lung, which will warrant around-the-clock care. Fortunately, Blue Pearl in Northfield has stepped in to assist. Garrido said the team effort response was heartwarming.

“Everybody in a second, boom, everyone came together,” he said.