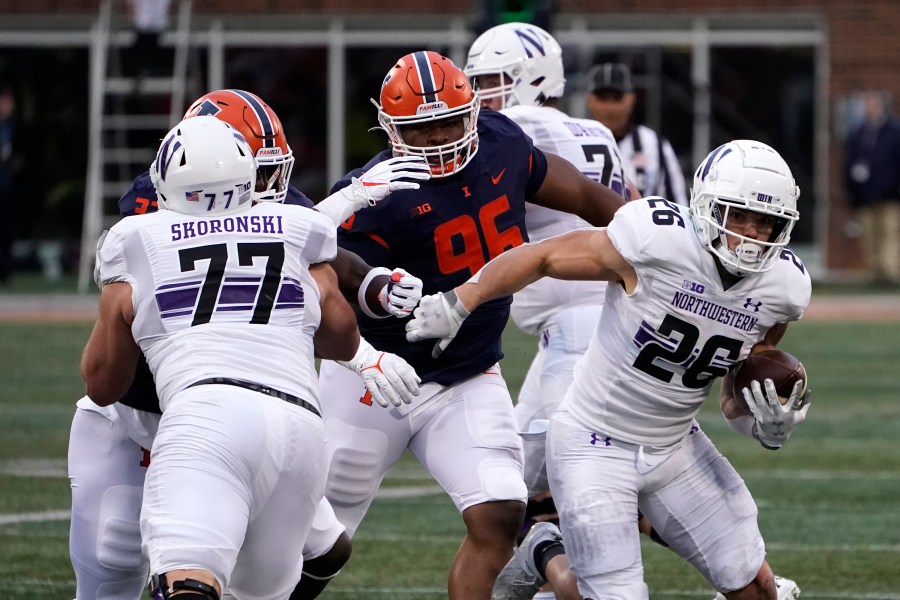 CHICAGO – With the Bears preparing for their first preseason game on Saturday and with a number of storylines floating around a new-look team, they’ve dominated a lot of the headlines in Chicago when it comes to football.

But for a number of college programs around the state, the countdown is on to the opening of the season in a couple of weeks.

That includes four programs of local interest – Illinois, Northwestern, Notre Dame, and Northern Illinois – who are on their respective campuses preparing for their 2022 campaigns.

Pat Fitzgerald will have quite a trip with his Wildcats’ team to open up the season as they head to Aviva Stadium in Dublin, Ireland to face Nebraska on August 27th at 11:30 AM central time.

On that same day at 3 PM, Brett Bielema will start his second season at Illinois in the confines of the Illini’s home stadium as they host Wyoming for their second-straight “Week 0” game in Champaign.

Northern Illinois will start their defense of the Mid-American Conference championship on September 1st in DeKalb when they host Eastern Illinois in a Thursday night contest that kicks off at Huskie Stadium at 7 PM.

A new era of Notre Dame football begins two nights later as Marcus Freeman leads the Fighting Irish out of the tunnel at his Alma Mater Ohio State. They’ll face the Buckeyes at 7:30 PM as they look to pick up a major win to start the 2022 season.

Of course, there are a number of FBS, FCS, Division II, Division III, NAIA, and junior college programs in the state and country that will be kicking off soon.

Larry Hawley talked about the opening of the college football season in a few weeks in this edition of “TikTok Sports Talk” from WGN News Now, which you can see in the video above.

14-year-old boy shot while riding bike on Near West Side, police say