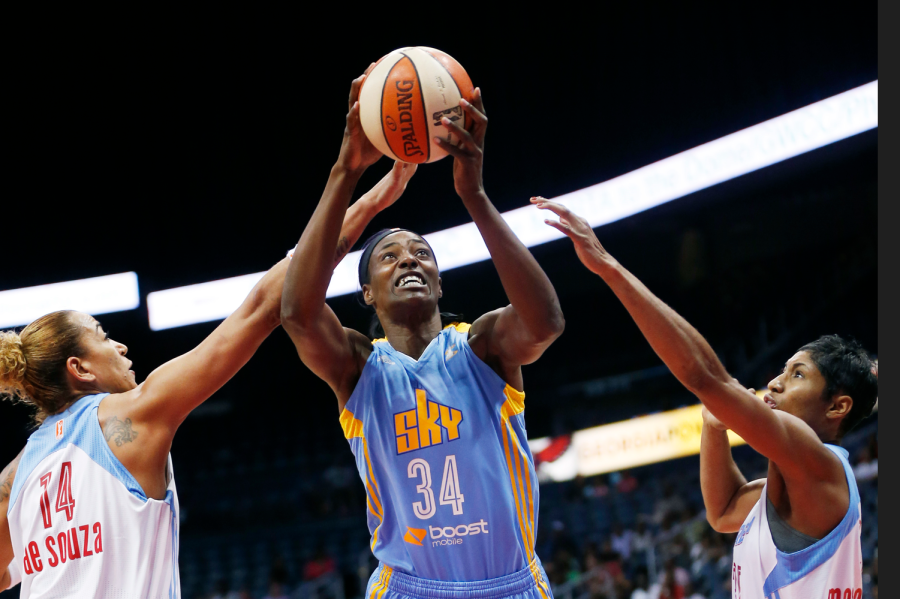 CHICAGO – For the record, she ended up spending more time in her career in Minnesota than Chicago, winning her two WNBA championships.

Sylvia Fowles spent eight seasons with the Lynx in which she made five All-Star Game appearances along with two WNBA Finals MVP awards. It was there that she became a legend on a number of strong Minnesota teams that often were in competition for a championship.

The center, who announced her retirement earlier this year, played in her final game on Sunday against the Sun as the Lynx were eliminated from the playoffs.

But the legendary center had her start in the Windy City, established herself as one of the best players in the game, and provided a young franchise with their first star.

Fowles was named the WNBA Defensive Player of the Year Award in 2011 and 2013, led the league in blocks twice (2010, 2011), and was the top rebounder in 2013. That was one of two seasons where the center was named an All-WNBA first team selection, also receiving the honor in 2010.

Naturally, she was named to the WNBA’s All-Defensive first team for four-straight years while wearing the Sky uniform.

Over the years, the team would build around Fowles and would make the playoffs for the first time with a 24-10 record and the top seed in the Eastern Conference. The next season, the Sky finished under .500, but upset the Dream & Fever in the East playoffs to advance to their first WNBA Finals in team history.

She asked for a trade before the 2015 season in hopes of a change of scenery and got it to the Lynx, where she started a new chapter of her career. But it’s important to remember what she did in Chicago as well as the first franchise star for the Sky.

Larry Hawley made Fowles’ time with the Sky the focus of this week’s “Random Hawlight” on WGN News Now, which you can see in the video above.