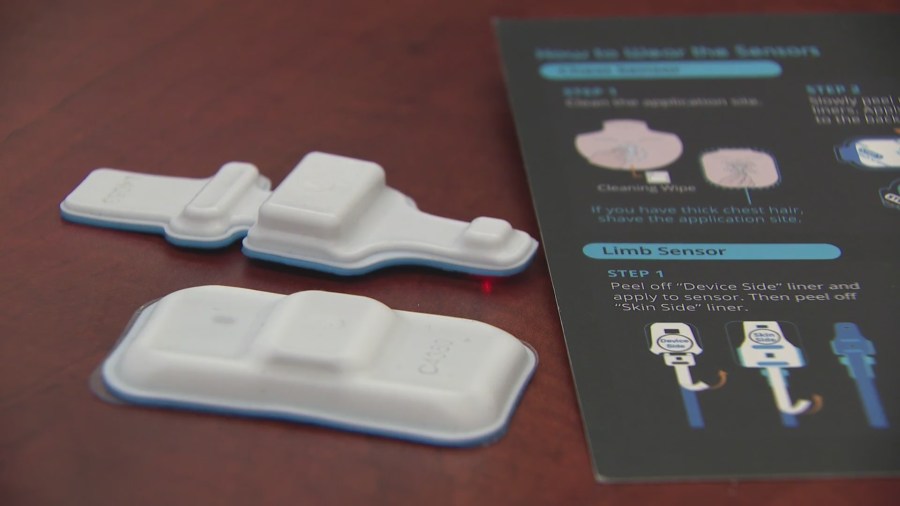 The condition is estimated to affect 30 million people yet 80% are undiagnosed. Local researchers hope to change that statistic without leaving home.

A typical sleep study involves electrodes and bulky equipment attached in a lab where patients are monitored overnight.

Dr. Steve Xu is an assistant professor at Northwestern University and CEO and cofound of Sibel Health.

“The ability to sleep comfortably in your natural position we feel is important and really gives us a true sense of how well you are actually sleeping in your home, in your own bed,” he said.

Xu’s at-home version is a kit that included two sensors that attach to the patient.

“For those that use our system, it’s like wearing two stickers,” he said. “It monitors things like blood oxygenation, but it also monitors something called peripheral arterial tonometry. And that signal is very important because it also allows us to determine when you stop breathing at night.”

A second sensor sticks to the chest.

“On the chest, we measure snoring, body position, your heart rate and whether you have some obstruction, whether your chest wall is moving or not,” Xu said.

The sensors transmit data to a mobile device, also included in the kit — and ultimately to the patient’s physician for evaluation. Those with sleep apnea are at increased risk for heart problems, stroke, depression and diabetes.


What looks like a birthmark could be a sign of a rare condition in children. But there’s progress in treatment

Initially developed for use in the neonatal intensive care unit to monitor babies’ vital signs, Northwestern University researchers grew the system for adults. In a study of 225 participants comparing the system to a standard in-lab evaluation, the stickers had a 90% sensitivity rate.

The at-home kit requires a doctor’s prescription and is covered by insurance.