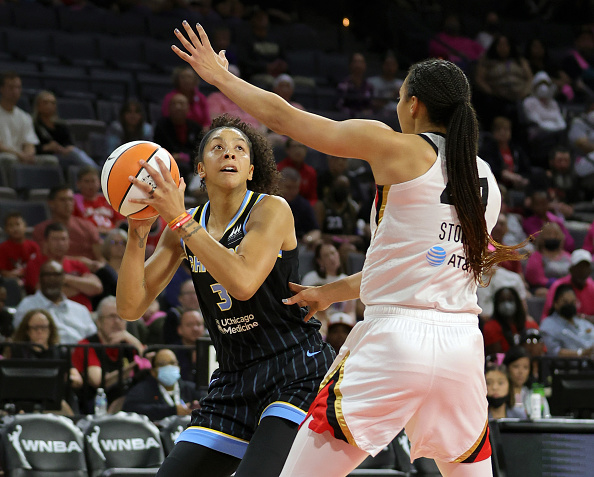 LAS VEGAS – For the better part of the season, the Chicago Sky have had control of their destiny when it comes to getting the top seed in the WNBA Playoffs.

As they approach their final regular season game, however, that won’t be the case.

On Thursday night, the reigning WNBA champions lost to the Aces 89-78 in Las Vegas, which puts the two teams in a tie for first in the league. Since the Aces hold the advantage in the regular season series (2-1), they are currently in line for the top seed for the playoffs.

The team’s Commissioner’s Cup championship game, which was won by Las Vegas, doesn’t count in the regular season standings.

So now for James Wade’s team to get the homefloor advantage in the playoffs and have the road to a repeat title go through Wintrust Arena, here’s what has to happen:

Good news for the Sky is that they would only fall to the second seed should those scenarios play out, assuring them home floor advantage until the WNBA Finals. If they should make it and face anyone other than the Aces, Games 1, 2, and a Game 5, if necessary, would be played in Chicago.

The Sky are assured at least the No. 2 seed since they swept the Sun, who are currently in third, in the regular season.

Either way, the Sky are getting closer to defending their WNBA championship with the shot at history ahead of them.

La. girl kicked out of school for having two moms