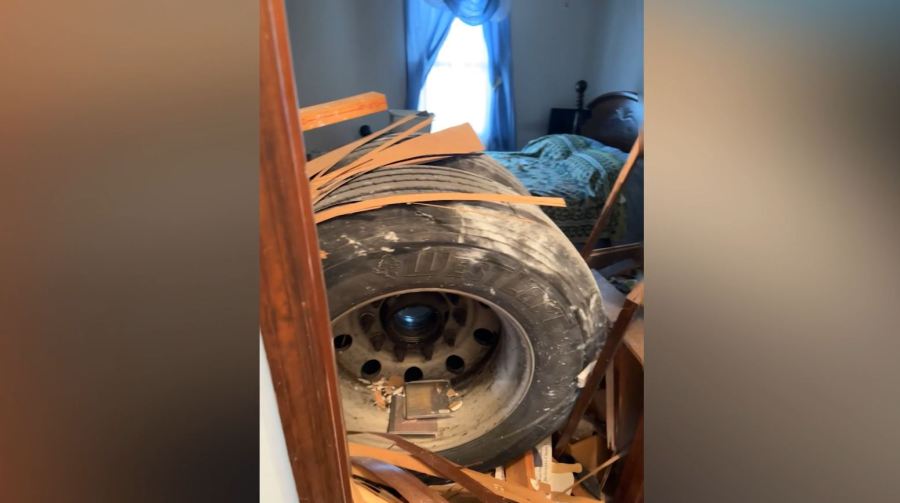 LAGRANGE, Ga. (WRBL) – A 91-year-old woman in LaGrange, Georgia, says she’s lucky to be alive after a set of tires broke loose from an 18-wheeler and plowed straight through her home while she was asleep.

“It sounded like a bomb, and I just happened to look up and everything was just flying out the closet. And it was just a mess,” Della Ogletree told Nexstar’s WRBL.

Photos shared with WRBL show holes in the walls of Ogletree’s home, as well as her belongings scattered across the debris-covered floors. Another photo shows the tires, where they came to rest inside a bedroom.

Police have since removed the tires from the home.

No one was injured, but Ogletree’s home sustained heavy damage.

Ogletree said police were still looking for the driver, who did not stop at the scene, as of Thursday.

The Weeknd abruptly ends concert after losing his voice

Why your Amazon package could cost more next month