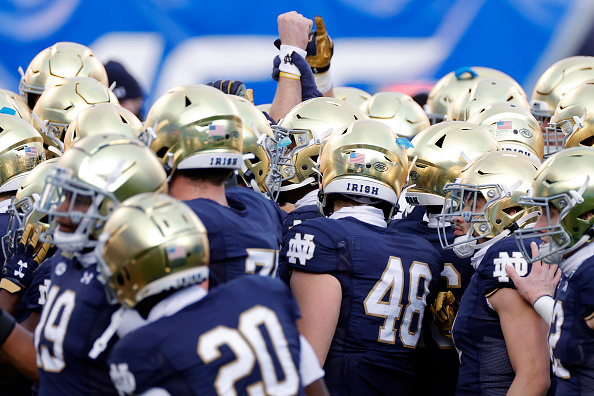 SOUTH BEND – One of the traditions of Notre Dame football that has grown in this century has been their annual neutral site game which they’ve dubbed the “Shamrock Series.”

Since 2009, the program has played ten of them, including two in Chicago: 2012 against Miami and 2021 against Wisconsin, both at Soldier Field. In 2022, Notre Dame will play BYU at Allegiant Stadium in Las Vegas on October 8th in their eleventh Shamrock Series game.

One of the things that come with that is a special uniform design for the contest that usually features a major shift from the traditional look of the team.

On Wednesday, the uniforms for the 2022 game were revealed for the first time.

It features white jerseys and white pants with gold trim used in the numbers and designs that are on the uniform made by Under Armour. The only thing that wasn’t changed was the helmet, which remains the traditional gold with no logos.

The school’s iconic Golden Dome is featured on each of the shoulders with “Notre Dame” written above the number on the chest. The school’s shamrock that’s on the sleeve has been redesigned for this uniform through an “Art Deco lens.”

On the back of the jersey at the top is a golden shamrock that features the year of the game.

Notre Dame is 10-0 in Shamrock Series games, though their 2013 victory over Arizona State in Arlington, Texas was vacated due to an NCAA rules violation. Last year, they defeated Wisconsin 41-13 at Soldier Field on September 25th.

Marcus Freeman is taking over for Brian Kelly as head coach of the Fighting Irish in 2022, with Notre Dame opening the season against Ohio State in Columbus on September 3rd. 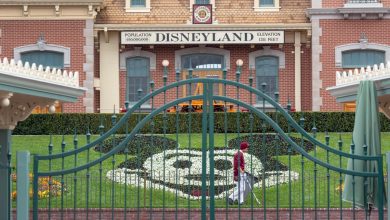