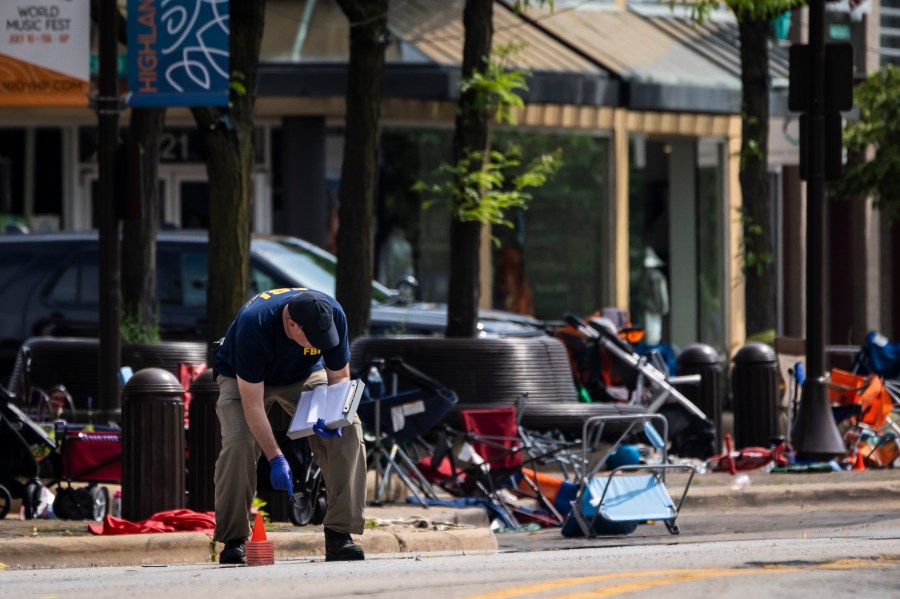 HIGHLAND PARK, Ill. — A family assistance crisis center set up in Highland Park following the parade shooting has been providing mental health services and gives parade-goers the opportunity to pick up their items they left behind.

The center, which is being run by the FBI, the Red Cross and school staff, is at Highland Park High School — located at 433 Vine Ave.

“On the 4th when we got word of this tragedy, we started planning as a crisis team,” principal Debby Finn said. “The admins the staff knowing we needed to provide services to the community. We reached out my staff, the feeder district, District 112 brought their staff over.”

Hundreds of people poured into the center on Tuesday. Some of whom were not at the parade, their hearts are just heavy with what has happened in the community.

Services like counseling, mental health and spiritual care are being provided. In addition to the services, the FBI has also been collecting personal items that were along the parade route.

Those items include chairs, blankets, wallets, strollers and more. Parade-goers who want to pick up items left behind can head to the center until 9 p.m. It will be open from 9 a.m. to 9 p.m. for the next couple of days.

Finn is hoping more students come to the center who were at the parade.