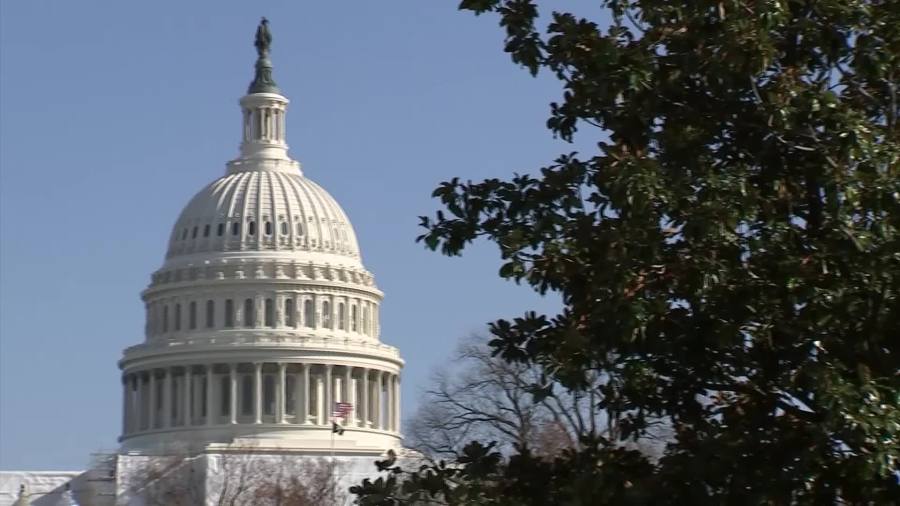 WASHINGTON (NEXSTAR) — After House Speaker Nancy Pelosi announced she would step down from her role as leader of the Democrats, conversations started right away with who would take her spot. But it’s now official.

“It’s an honor to stand before you today as the incoming Democratic leader,” Rep. Hakeem Jeffries (D-N.Y.) said.

Jeffries will lead House Democrats in the next Congress.

“As we work to advance the ball for everyday Americans and get stuff done,” Jeffries said.

Rep. Katherine Clark (D-Mass.) will stand by Jeffries’ side as Democratic Whip and Rep. Pete Aguilar (D-Cali.) will round out their party’s leadership.

“House Democrats are ready to work for you,” Clark said.

“The energy of our caucus was handshakes, high fives and hugs as we transitioned,” Aguilar said.

“Our caucus is about these shared values,” Clark added.

House and Senate democrats are welcoming the change. Rep. Ilhan Omar calls this a generational shift.

“I think he has the tools that are necessary to lead us and I support him and the rest of the slate,” Omar said.

“He is someone who I know will both hold the line on our democratic values, while being ready to listen and keep an open mind,” Schumer said.

Jeffries, Aguilar and Clark will assume their positions when the next Congress starts on January 3rd.

‘I didn’t do what they wanted me to do’; CPD sergeant testifies in whistleblower trial