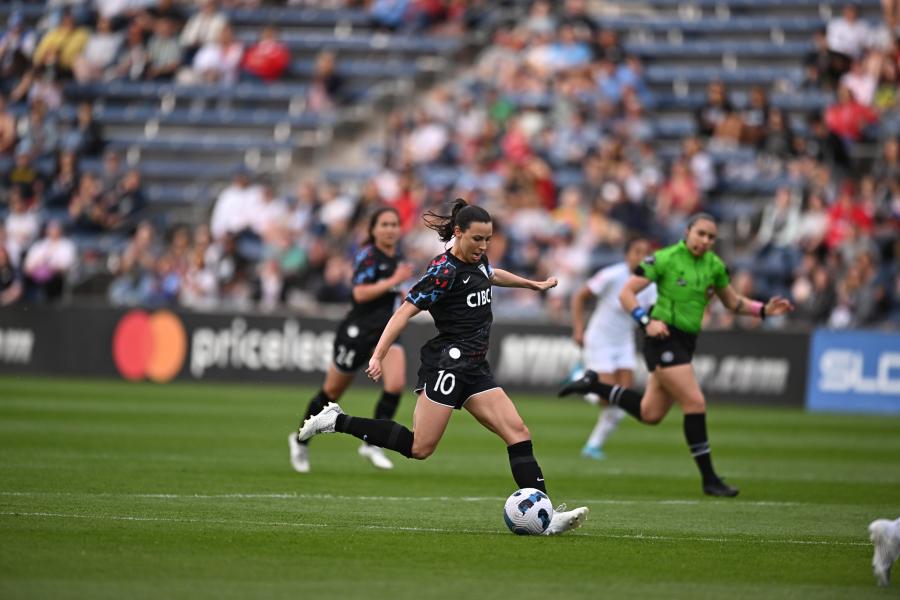 CHICAGO – For a club that’s enjoyed a successful summer, Saturday might be one of their biggest moments yet for a pair of reasons.

First, they’ll be hosting one of the best teams in the NWSL so far in the 2022 season, San Diego Wave FC, who currently sits second in the standings with 22 points. They were in first place until Friday night when Portland’s win over Louisville vaulted the Thorns into first.

That’s a challenge in itself, but where the match is being played also makes it special for the Red Stars.

The club will make their way onto the pitch at Soldier Field for this match as they share the venue with Chicago Fire FC for a soccer doubleheader on Saturday. The MLS club will face Atlanta United FC at 4 PM with the Red Stars and Wave kicking off at 7 PM.

With a victory, the Red Stars would jump into second place by themselves as their 23 points would put them ahead of San Diego and one point behind Portland in first. Both clubs will be aided by the return of national team players from the CONCACAF W Championship, with Alyssa Naeher, Mallory Pugh, and Bianca St-Georges rejoining the Red Stars.

All of them will be a part of the unique contest on Saturday at Soldier Field, one that means a lot to manager Chris Petrucelli, and he believes it does for the team as well.

“It’s a historic venue in many sports including our own. I remember going to the opening of the ’94 World Cup in Soldier Field. Even in our sport, they’ve hosted some pretty important games along the way,” said Petrucelli. “I think our group is excited about playing there and really looking forward to getting in there and having the fans there in conjunction with the Fire.

“The whole event is exciting for them.”

For a number of reasons on Saturday.