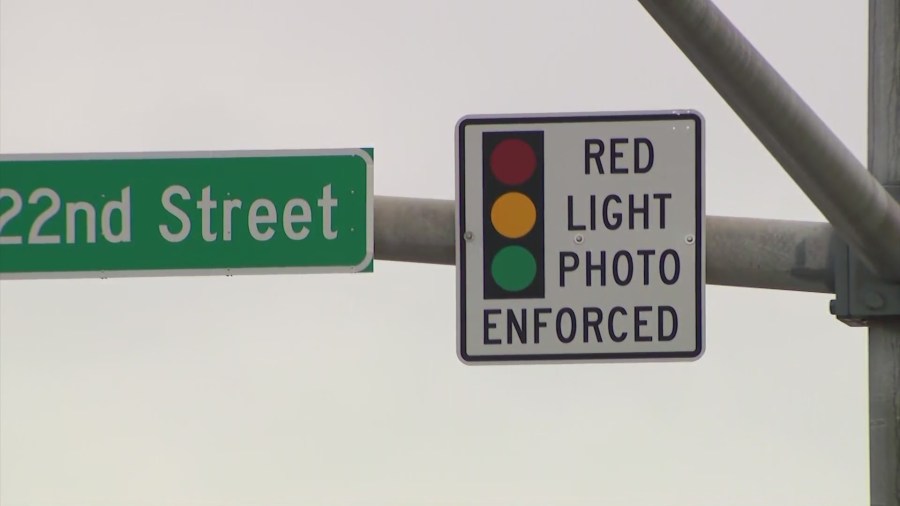 OAK BROOK TERRACE, Ill. — The red light cameras at a busy intersection in Oakbrook Terrace are back on after a judge ordered the cameras be reactivated.

DuPage County Judge Craig Belford ruled Monday that the city of Oakbrook Terrace can switch the cameras back on — at least temporarily. The ruling is turning a lot of heads, specifically from the village of Oak Brook just across the street, as well as IDOT, which went to court saying that the cameras are not needed at this intersection.

A former executive of the company SafeSpeed paid bribes in order to get the cameras approved and installed at Route 83 and 22nd Street. The company has denied knowing or taking part in the bribery scheme. The official is no longer with SafeSpeed.

Over the course of less than five-years, these two cameras alone accounted for $12 million in tickets.

Since Monday’s ruling, those who wanted these cameras gone in the first place are now speaking out again.

“It is difficult to fathom how such glaring evidence of corruption could result in a stay of lawful order from IDOT. Only in Illinois could corruption result in a public police decision that is left to stand even after the full scheme is exposed. The Village of Oak Brook is committed to seeing the removal of these red light cameras through to the very end.”

Another court hearing is scheduled to be held in October.

The Village of Oak Brook is also considering its own legal action to get a stay on the judge’s order.