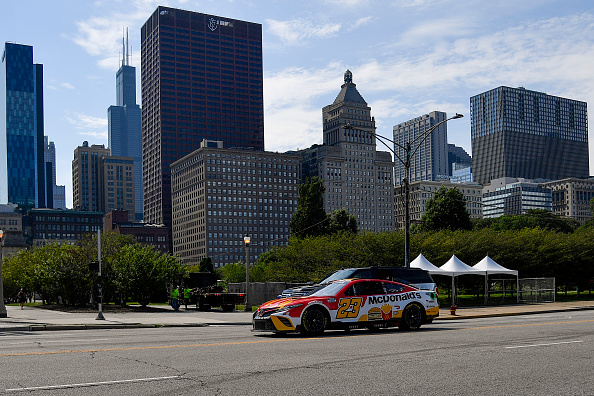 CHICAGO – As the event gets closer, NASCAR made two major announcements about the first-ever Chicago Street Race on Wednesday.

The stock car racing series first announced its concert lineup for the event that will take place downtown on July 1 and 2.


NASCAR’s history of racing in the Chicago area

The Chainsmokers and Miranda Lambert will headline full-length concerts with The Black Crowes and Charley Crockett also taking playing at the event. Here’s how the schedule of events will play out on each day.

Already announced by NASCAR, the Xfinity Race will begin on Saturday at 4 p.m. with Sunday’s Cup Race starting at 4:30 p.m. Specific times for the concerts have yet to be set.


See the streets NASCAR will race in Chicago in 2023

Two-day reserve tickets for the event are already on sale for the Chicago Street Race and start at $465.

The Chicago Street Race is the first of its kind to be staged downtown with the stock car series last racing in the area at Chicagoland Speedway from 2001 through 2019. The proposed 2.2 mile course will start and end at Columbus Drive in front of Buckingham Fountain.