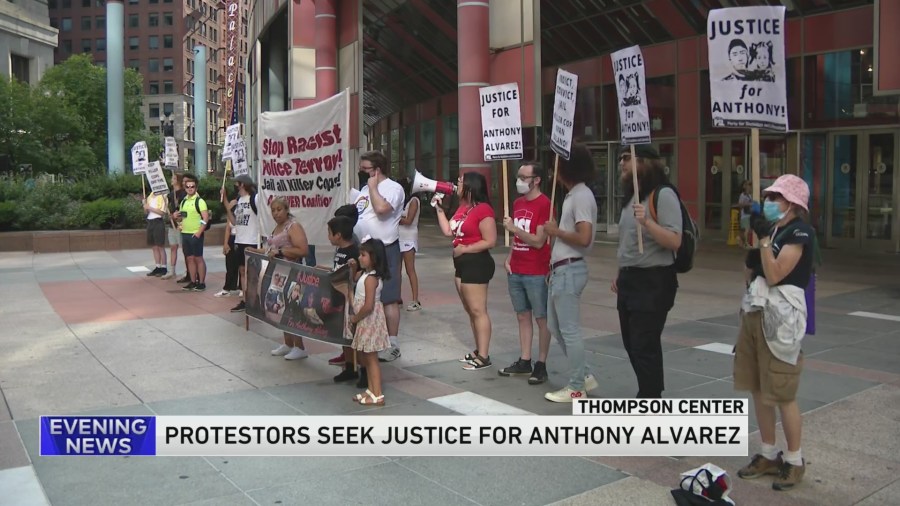 CHICAGO — A protest was held downtown Friday after a Chicago police officer was suspended for 20 days in the deadly shooting of Anthony Alvarez in 2020.

The Civilian Office of Police Accountability, the agency that investigates use of force incidents by CPD officers, recommended that the CPD terminate officer Evan Solano for the fatal shooting of Anthony Alvarez on March 31, 2020.

CPD Supt. David Brown, however, disagreed with COPA’s recommendation, and instead called for a 20-day suspension. That dispute triggered a police board process in which one member of the board, selected at random, had to decide whether or not Solano would face any future discipline.

“They are very upset, they feel like this is not a modicum of justice,” said family friend Candice Choo-King. “They are really upset and they feel unsafe in their community.”

Solano’s partner, Sammy Encarnacion, who did not fire any shots at Alvarez, was also ordered suspended for 20 days because he did not immediately notify emergency dispatchers of the shooting, police board member Steven Block wrote in a ruling.

The small protest was held outside of the Thompson Center.