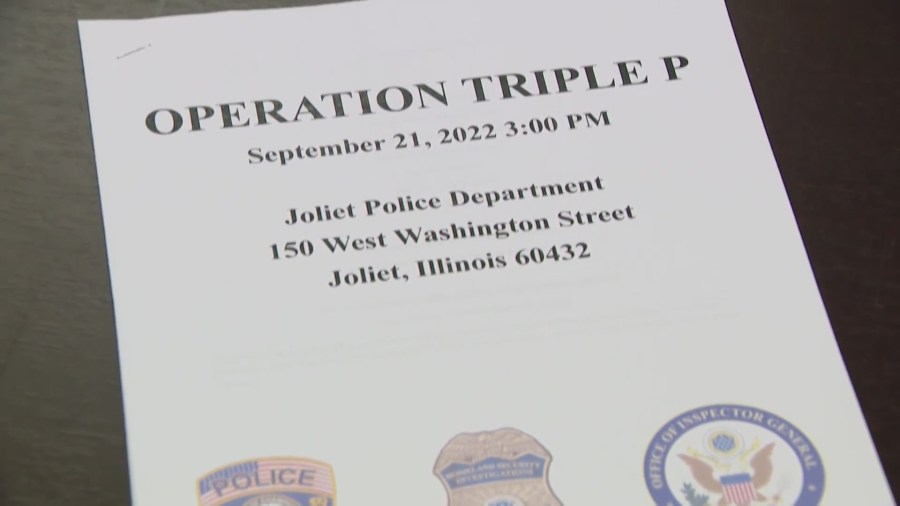 JOLIET, Ill. — Detectives from the Joliet Police Department announced they have tracked down over two dozen suspects in connection to a special operation designed to find people who lied on their Paycheck Protection Program (PPP) loan applications.

Coined ‘Operation Triple P,’ detectives said they have arrested and charged 15 suspects with 10 more having active warrants out for their arrests so far in connection to fraudulently applying for PPP loans worth around $20,000.

Police said during the investigation some of the suspects were already in custody for other felony offenses and used phones while in jail to complete their fraudulent PPP loan applications. Bank records also indicated that some of the suspects used the illegal loans to bond out of jail.

“They were giving their actual name and actual residence, some were even apartment buildings,” said JPD Detective James Kilgore.

Most of those under investigation during Operation Triple P filed applications for fake businesses classified as a sole proprietorship, salon or barbershop.

“They researched business applications, business licenses and did some leg work canvassing to determine these weren’t real businesses,” said Joliet Police Chief William Evans of the efforts detectives went through to verify that the fake businesses didn’t exist.


White House calls out Greene, other GOP critics on how their own loans were forgiven

Investigators said PPP fraud is classified as a felony offense and while some suspects used the loans to bond out of jail, others have used their loans for purposes that cannot yet be released due to the ongoing nature of the investigation.