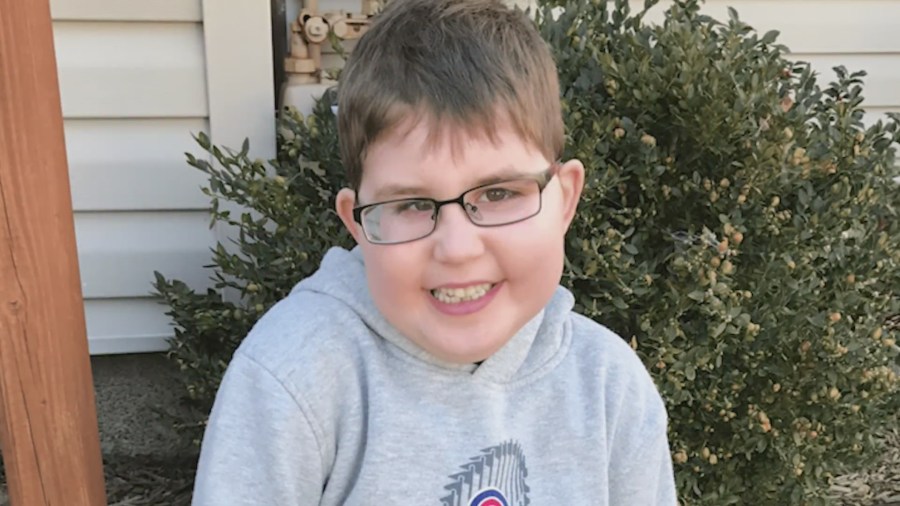 CHICAGO  — A Chicago family is part of NASA’s mission to launch its Artemis-1 rocket in the coming days in its quest to return to the Moon.

Few can say that a rocket ship heading into space bears their name. But Katie Gaskin, a mother of three sons, proudly can. Sadly, one of her boys, Anthony, passed away from DIPG in March 2017 at seven years old. DIPG is a rare brain tumor that grows primarily in children with less than a 1% survival rate.

Anthony’s mother said he loved anything to do with the cosmos.

“He was always curious about the world and even asked questions about space and the planets and when he went to kindergarten, they do the ‘I Have A Dream’ to honor Martin Luther King Jr., and his, right away, he wrote, ‘I wanna be an astronomer for NASA,’” Gaskin said.

After posting on social media about her son’s love of all things space, NASA invited the Gaskin family down to their Alabama location, treating the family to a VIP tour. Anthony was even given a customized memento.

“The spacecraft welders, that’s where Anthony got to put his John Hancock on the rocket ship that’s being launched,” Gaskin said.

Anthony’s brothers, Luke and Daniel, also got to sign the rocket that will be part of the Artemis-1 launch at Cape Canaveral in Florida.

“The smile that was on his face while he was doing it and afterward, it’s a memory that I’ll never, ever forget,” Gaskin said. “It will never fade from my mind just because of that smile that he had in doing that, just knowing his dreams were coming true.”

That was in 2016, but just several weeks ago, NASA reached out to tell Gaskin it hadn’t forgotten about Anthony, Luke and Daniel’s autographs. In fact, the signatures were going to fly high on a critical mission.

Speaking to WGN News as she sat in her son’s room, very much still the way it was on the day he died, Gaskin said family and friends have dedicated much of their lives to ending the DIPG cancer that took her son’s life through Anthony’s Avengers Foundation, which raises money for research to find a cure.

The first Artemis launch date is scheduled for Monday, Aug. 29. Gaskin says she will be glued to the television but quickly hopes the launch gets pushed back to Sept. 2 for sentimental reasons.

“As much as I really hope it all goes well, it all fits together, all the pieces connect, I don’t think I’d be upset if they had to push it off until next Friday because Sept. 2 will be Anthony‘s 13th birthday,” Gaskin said. “If it’s Sept. 2, then we’ll be having a launch party in his honor with my family.”