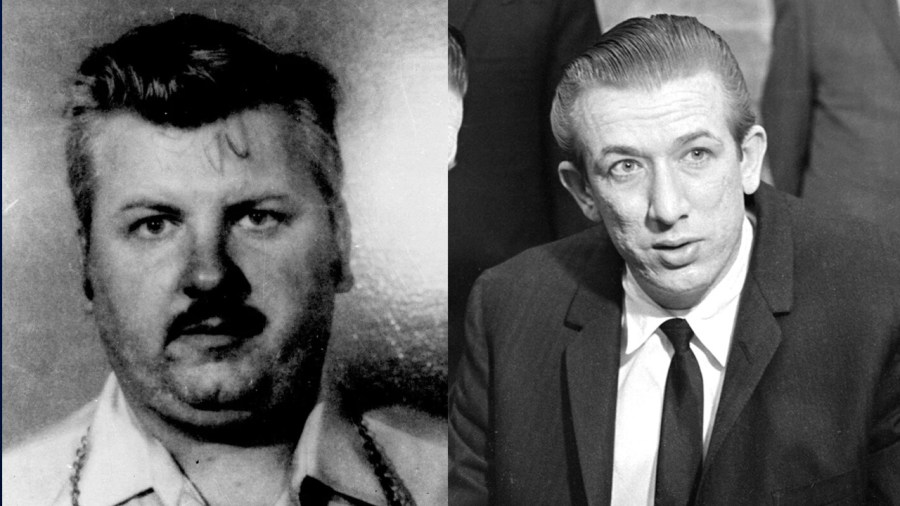 (WTVO) — Illinois has been home to its share of serial killers, from H.H. Holmes to John Wayne Gacy, to Raymond Lee Stewart, who terrorized the Rockford area for a week in 1981.

Raymond Lee Stewart was a spree killer originally from Burlington, North Carolina, and relocated with his family to Rockford. He was expelled from South Beloit High School and spent several years in jail in the 1970’s for gas station armed robberies.

Stewart was implicated in one of the crimes by Willie Fredd, owner of Fredd’s Grocery Store, who was Stewart’s first victim on January 27th, 1981.

After the killings, Stewart fled to Greensboro, North Carolina, where he was arrested on February 21st, 1981.

Later, in 1996, he confessed to killing Fredd out of revenge, and the others because of his hatred of White people (Stewart was Black), over the deaths of J.F.K and Martin Luther King.

He was executed at Stateville Correctional Center on September 18th, 1996.

Henry Howard Holmes is one of America’s best-known criminals and the subject of the book “The Devil in the White City,” soon to be adapted into a Netflix movie.

Holmes, born Herman Webster Mudgett, was a scam artist who moved to Chicago, Illinois and worked at a drugstore owned by Elizabeth Holton. She later sold the store to Holmes and was never seen again.

He soon purchased an empty lot across the street and began construction of what would later become known as the “Murder Castle,” a hotel constructed by numerous, independent contractors which would contain secret rooms, odd-angled hallways, stairways to nowhere, a slide from an upper level to the basement, where he also installed a large fired kiln.

Holmes’ construction coincided with the 1893 Chicago World’s Fair, which brought him plenty of unsuspecting victims, mostly young women, whom he would torture to death in various horrible ways. Some victims were asphyxiated in “the Castle’s” soundproof rooms, or gassed to death in another, while others were hanged, starved, or dehydrated. Holmes would then dissect and sell the remains to medical schools.

In all, he is said to have killed at least 27 people.

Holmes moved to Indianapolis to escape detection and was later arrested on the suspicion of the murder of an associate. He was hanged on May 7th, 1896.

John Wayne Gacy was a building contractor and amateur clown who was convicted of luring 33 men and boys to his home in the Chicago suburb of Norridge and strangling them to death.

Gacy had a reputation as a small construction business owner and as Pogo the Clown, as whom he would perform at hospitals and neighborhood parties.

Authorities said Gacy would strangle his victims with a noose or stab them to death, often during or after sex. He was tried in 1980 and confessed to the killings before his execution in 1994.

Many of his victims were buried in a crawlspace beneath his home, and others were dumped in the Des Plaines River, authorities said.

Richard Speck was convicted in 1967 of killing eight student nurses in a Chicago dormitory on the night of July 13th – 14th, 1966, raping one before she was killed. A ninth victim survived by hiding beneath a bed.

He was sentenced to death in 1971 but then resentenced to life in prison after the US Supreme Court ruled the death penalty was unconstitutional.

Rockford’s Cheap Trick recorded a song called “The Ballad of T.V. Violence (I’m Not the Only Boy),” which is told from Speck’s point of view.

Speck died of a heart attack in prison in 1991.

After his death, video emerged of Speck having sex with other inmates while dressed as a woman, leading to reforms within the Illinois Department of Corrections.


Family ‘feared for our lives’ after meeting with R. Kelly in 2000

In 2014, Nicholas Sheley, a Sterling native, was found guilty of murdering four people in a two-day killing spree in Illinois and Missouri.

He then killed 65-year-old Ronald Randall at a car wash in Galesburg on June 28th. Sheley then stole his truck and drove to Rock Falls where used a hammer to bludgeon Kenny Ulve, Brock Branson, Kilynna Blake, and 2-year-old Dylan Blake to death in an apartment.

He then killed Tom and Jill Estes at a hotel in Festus, Missouri the following day.

He was arrested on July 1st, 2008 in Granite City. Sheley was sentenced to life in prison.

His parents were arrested in Rock Falls in 2019 on charges of sexual assault of a child.

William George Heirens, aka “The Lipstick Killer,” got his name from a message he left scrawled on the wall of a victim’s apartment.

Heirens was from Lincolnwood, and reportedly had a troubled upbringing that involved a string of burglaries he committed at the age of 13.

In 1945, Heirens broke into the apartment of Josaphine Ross, 43, and murdered her. That same year, he killed Frances Brown in her apartment, leaving a note written in lipstick that read “For heavens Sake catch me Before I kill more I cannot control myself.”

In January 1946, Heirens abducted six-year-old Suzanne Degnan from her home in Edgewater and left her parents a random note. Her body was later found, dismembered, in several places throughout the city of Chicago.

Police narrowed the search to Heirens building and arrested a 65-year-old janitor, Hector Verburgh, as the suspect. He was beaten by police during his interrogation, which led to him spending 10 days in the hospital. He later sued the Chicago Police Department for $15,000.

On June 26th, 1946, Heirens, then 17, was arrested for attempted burglary and confessed to the crimes during an interrogation, which he later withdrew as coerced, but evidence collected connected him to the murders.

He became known as the longest incarcerated person in Illinois at the time of his death from diabetes at the Dixon Correctional Center in 2012, having been locked up for 65 years.

Former concrete worker Larry Bright was convicted of killing eight women in Peoria between 2003 and 2004.

Police said he strangled seven women and caused the eighth to overdose on cocaine. Bright dumped four of the bodies along rural roads and reportedly burned the other four.

All of the victims were Black (Bright is White) and had been into drugs and prostitution, authorities said. He was caught after police were able to match DNA from cigarettes to evidence found on one victim’s body.

He was sentenced to life in prison.

Joseph Miller was convicted of killing two prostitutes in the Chicago area in 1978. After he was paroled to Peoria in 1993, he killed three local prostitutes and an 88-year-old woman, for whom he did lawn work.

Detectives later said Miller was a suspect in killing four other women in Chicago but were unable to link him conclusively to the crimes.

Robin Gecht, Edward Spreitzer, Andrew and Thomas Kokoraleis, became known as “The Ripper Crew,” accused of being part of a satanic cult that abducted and killed 18 women in the Chicago area in the early 1980s.

When he was arrested, Kokoraleis told police the group would take women back to Gecht’s house, a “satanic chapel,” as he called it, where they raped and tortured them.

Edward Spreitzer was sentenced to life in prison.

Andrew Kokoraelis was the last person to be executed in Illinois, in 2003.

Thomas Kokoralies was sentenced to 70 years in prison but was paroled on March 29th, 1999.

Andre Crawford was convicted of killing 11 women, all prostitutes and drug addicts, in Chicago’s Englewood neighborhood between 1993 and 1999.

Authorities said Crawford would lure his victims to abandoned homes and then strangle or stab them to death.

Crawford admitted to the killings while being interrogated by police, and said he was responsible for another 3 murders and several other attacks in which the victims survived.

He told police killing had become an addiction to him.

He was sentenced to life in prison but died in 2017 in the Illinois Department of Corrections.