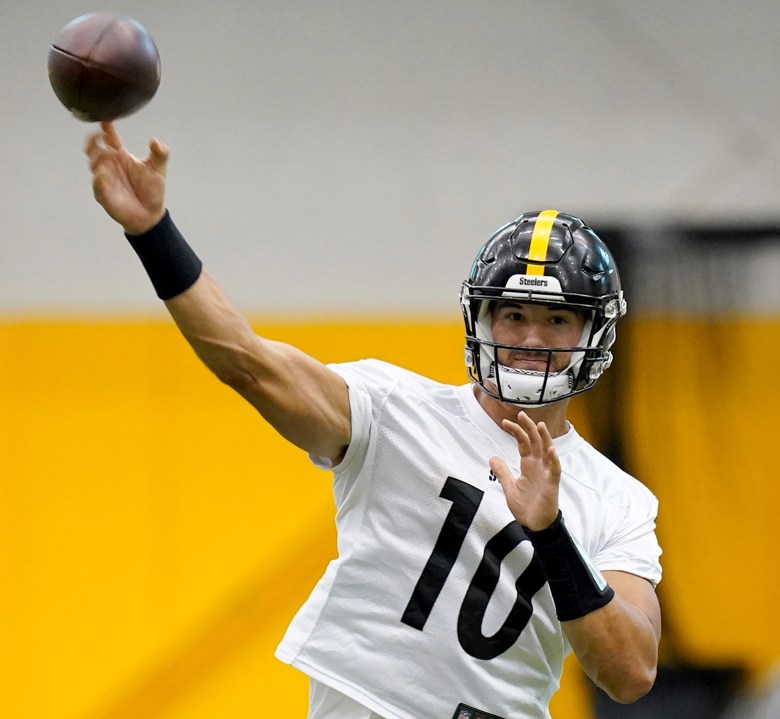 PITTSBURGH, Penn. — The Pittsburgh Steelers have named a starting quarterback that Bears fans are all too familiar with.

According to the NFL Network’s Ian Rapoport, former Chicago Bears QB Mitch Trubisky has been named the starting QB for the Pittsburgh Steelers.

Trubisky entered training camp in a three-way competition with incumbent backup Mason Rudolph and the Steelers’ first round draft pick, University of Pittsburgh product Kenny Pickett. As the preseason progressed, Trubisky was seen taking a majority of first team reps on a week-by-week basis.

According to ESPN’s Brooke Pryor earlier Monday, Trubisky was voted as one of five team captains, along with running back Najee Harris, defensive lineman Cameron Heyward, linebacker T.J. Watt and safety Miles Killebrew.

Trubisky signed a 2-year deal with Pittsburgh over the offseason after what many Chicago fans viewed as an underwhelming 4-year tenure with the Bears, especially when compared to the two QB’s drafted after him — DeShaun Watson and Patrick Mahomes.


Will Jaquan Brisker be ready for the Bears’ season opener?

The Pittsburgh Steelers and Chicago Bears both open up their season Sunday, Sept. 11, with the Steelers facing off against the Cincinnati Bengals and the Bears taking on the San Francisco 49ers.