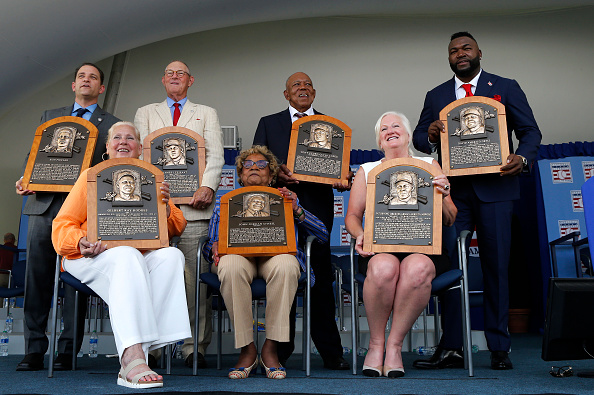 COOPERSTOWN, N.Y. – For many, this moment is overdue for one of the icons of Chicago White Sox and Chicago Cubs baseball.

The honor for the south side legend comes almost 60 years after his full-time playing career came to an end and 42 years since his last game in Major League Baseball. For the former Cubs’ coach, it comes 60 years after he made history with that franchise.

But both their accomplishments in the game of baseball finally earned them their spot in Cooperstown in 2022, with Sunday being the crowning moment.

Minnie Minoso and Buck O’Neil were posthumously inducted into the Baseball Hall of Fame in a ceremony along with the rest of the Class of 2022.

Minoso was a two-time Negro League All-Star and won the 1947 championship as a member of the New York Cubans before breaking into Major League Baseball with Cleveland. He became the first Black player from Latin America to play in the league, doing so two years after Jackie Robinson broke the league’s color barrier.

His wife, Sharon Rice-Minoso, delivered the speech in his honor, reflecting on his beginnings in Cuba to his ascension to MLB trailblazer and arguably the White Sox best player in history.

“Minnie was proud to be Cuban, to be an American, and a professional baseball player, and also he would have been so very proud to be a Hall of Famer,” said Minoso in her speech.

O’Neil was best known for his days as a player and manager in the Negro Leagues with the Kansas City Monarchs. He joined the Cubs in the 1950s as a scout and in 1962 became the first Black coach in the league with the club.

Larry Hawley saluted both men for their enshrinement day in this week’s “Random Hawlight” which you can watch in the video above.

Trump set for controversial return to DC as 2024 bid looms