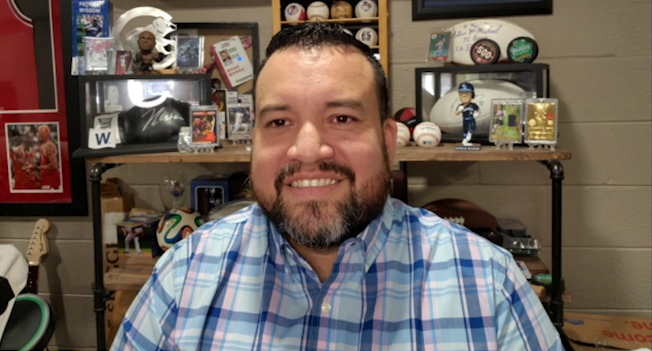 CHICAGO – Their second half of the season begins away from Wrigley Field, which means the guest on WGN News Now Sports Talk on Friday won’t be there to see it himself.

But he will be watching what promises to be an interesting week-and-a-half before the trade deadline, where the club will once again see changes on the main roster in hopes of building for the future.

Miguel Esparza is the Cubs’ Spanish play-by-play broadcaster and he joined the segment with Larry Hawley to discuss what’s ahead for the team during their final two months of the 2022 season.

Willson Contreras figures to be traded and fellow All-Star Ian Happ could find himself being dealt as well as Jed Hoyer continues to shape a new era of the Cubs. Meanwhile, the second half of the season will feature more youth on the major league level as young players like Christopher Morel, Justin Steele, Keegan Thompson, and others get to build on success from the first half.

Seiya Suzuki and Marcus Stroman are two new acquisitions for 2022 that will look to finish strong after each spent time on the injured list during the first half.

Continuing the progress of the group depends on manager David Ross, who has had a most interesting start to his tenure as a big league manager from pandemic 2020 to the selloff in 2021 and now the rebuild in 2022.

Miguel discussed all of those topics ahead of the Cubs starting the second half of their season on WGN News Now Sports Talk, and you can watch his segment in the video above.