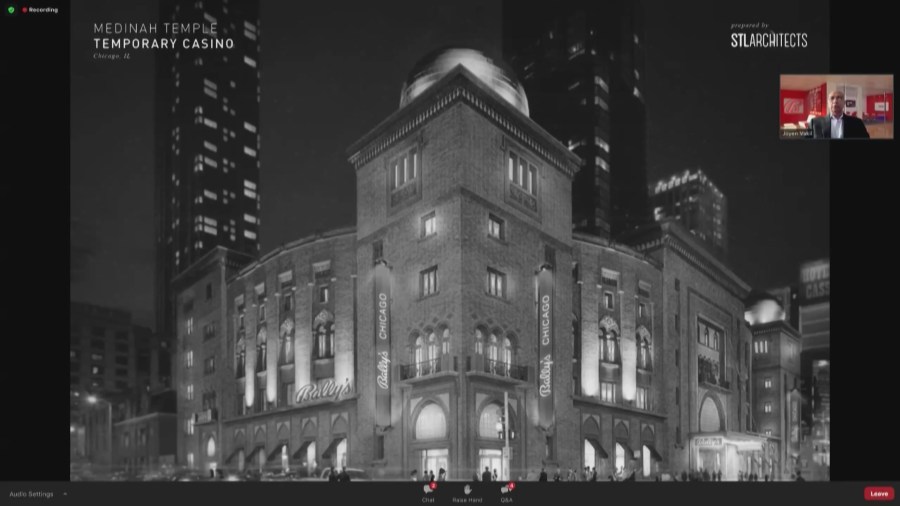 Unveiling the plan for the landmark building, Tuesday’s presentation focused on the preservation of the historic strucutre. Several questions about the move remain, however.

“The importance of how Medinah Temple is to the community, we understand that. It is a marvelous historic building that we value, admire and respect,” said Joyen Vakil, senior vice president of design and development for Bally’s.

Despite Tuesday’s announcement, there’s still unease the permanent site set to open in River West sometime in 2026. The city says it aims to address public safety and traffic studies at a meeting in the coming months.

A temporary casino at the Medinah Temple location could be open for up to three years. The city plans to hold another hearing on August 4th to present development plans.