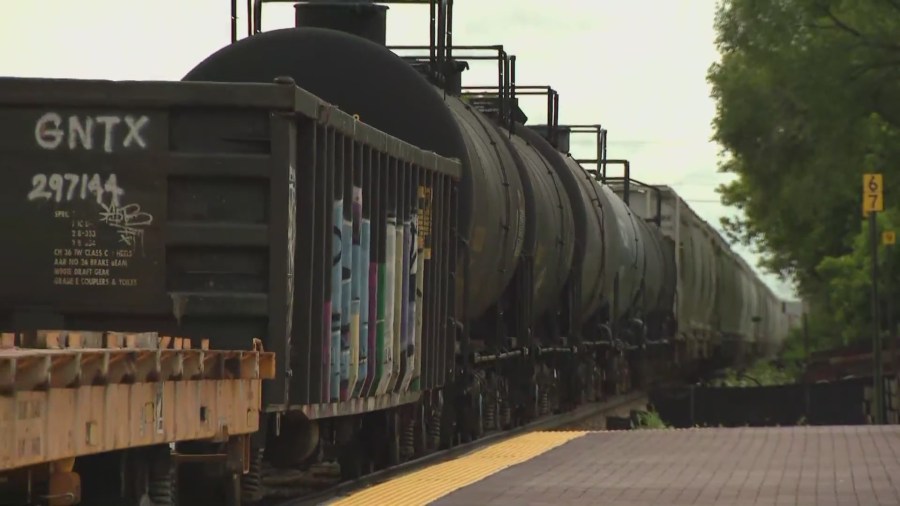 ITASCA, Ill. — State and local leaders have banded together in protest of a proposed railroad company merger that could increase train traffic in the northwest suburbs, affecting emergency services and the local environment.

United States Representative Raja Krishnamoorthi joined senators Tammy Duckworth, Dick Durbin and Representative Marie Newman Monday in sending a letter to the chairman of the STB expressing their opposition to the merger between Canadian Pacific and Kansas City Southern, according to the Daily Herald.

The deal—if approved—could triple the amount of train traffic through areas like Itasca, Elgin and Bensenville, leading to increased response times from police and fire departments, noise pollution, and damage to the environment, according to Krishnamoorthi.

On Friday, the Surface Transportation Board said it plans to hold public hearings September 28-30 in Washington D.C. on a merger between Canadian Pacific Railway Ltd. and Kansas City Southern Railway. Canadian Pacific closed on a $31 billion deal to acquire Kansas City Southern back in December 2021, but will need approval from the U.S. rail regulator in order to officially merge the two operations together, according to the Kansas City Business Journal.

Is $810 million worth a $2 Mega Millions ticket? It depends