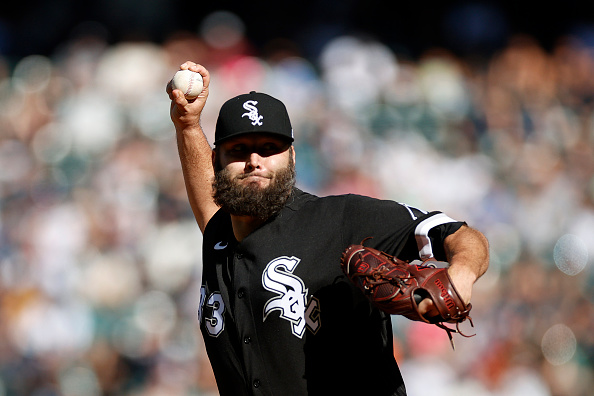 SEATTLE – After enjoying one of the best seasons of his major league career in his first year with the White Sox, the second hasn’t been quite as smooth.

A knee injury in training camp required surgery and kept Lance Lynn out of the rotation until mid-June. Then it took the 2021 American League Cy Young finalist a little time to get himself back into form.

But now the starter is finding himself in late August in September for the White Sox, delivering strong performances at critical times for a club looking to squeeze their way into the playoffs for a third-straight season.

Monday night was about as good as it’s been for Lynn on the mound, and it’s helped the White Sox keep pace in a very wide-open AL Central division.

For a second-straight game, the pitcher worked through seven innings and struck out a season-high 11 batters with just one walk against the Mariners. He surrendered one unearned run and three hits, which was good enough for a 3-2 White Sox victory to open a three-game series in Seattle.

It continues quite a stretch of four games from mid-August through early September where Lynn has looked the part of a frontline starter after knee surgery kept him out of the lineup for two-and-a-half months. In those four contests, he’s allowed just three earned runs in 25 2/3 innings, giving him a 1.05 ERA in that stretch.

His effort against the Mariners on Monday was finished off Kendall Graveman in the eighth then Liam Hendricks in the ninth, though that latter had a bit of a rough finish. The closer allowed a run and needed 30 pitches, but he eventually got his 30th save of the season, becoming the sixth to do so in consecutive seasons in franchise history.

But another strong outing by Lynn was the story of what’s been an encouraging September where the White Sox find themselves just two games behind the Guardians for first in the AL Central. They’ll need a few more starts from him to have a great finish to what’s been an up-and-down season for pitcher and team.

Indiana will tax loan forgiveness, similar to other states