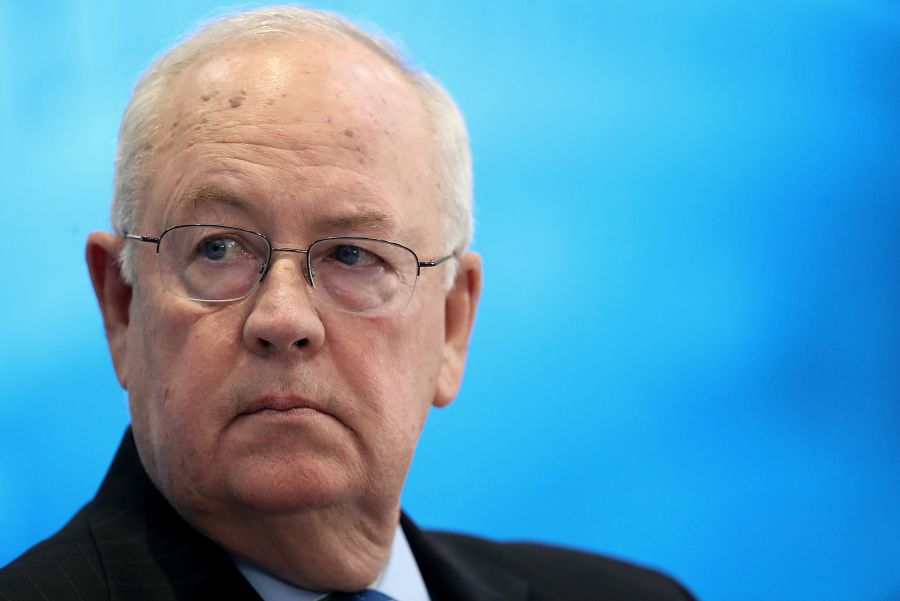 Ken Starr, a former U.S. solicitor general who headed the Whitewater investigation into former President Clinton that ultimately led to his impeachment, died on Tuesday at the age of 76, his family announced.

Starr’s family said in a statement that he died at a hospital in Houston following complications from surgery. Starr’s wife said he had been in the hospital for the last 17 weeks fighting an undisclosed illness, The New York Times reported.

Starr has been a prominent figure in national politics and the legal field stretching back decades, serving as chief of staff to former Attorney General William Smith for roughly two years beginning in 1981 after a clerkship at the Supreme Court.

Former President Reagan nominated Starr in 1983 as a federal appeals judge for the D.C. Circuit, where he served until becoming the U.S. solicitor general in the first Bush administration.

Starr argued 36 cases before the Supreme Court, including 25 during his time as solicitor general, his family said.

He is best known for leading the Whitewater investigation during the Clinton presidency. The investigation began with a probe of the Clintons’ real estate investments but eventually expanded to include the former president’s affair with White House intern Monica Lewinsky.

The Starr Report, which he gave to Congress in September 1998, asserted that Clinton lied to the public and Congress about the relationship. Clinton was later impeached, though was ultimately acquitted in the Senate.

“We are deeply saddened with the loss of our dear and loving father and grandfather, whom we admired for his prodigious work ethic, but who always put his family first,” Starr’s son, Randall Starr, said in the family’s statement.

“The love, energy, endearing sense of humor and fun-loving interest dad exhibited to each of us was truly special, and we cherish the many wonderful memories we were able to experience with him. He is now with his Lord and Savior,” he said.

Starr later served as the dean of Pepperdine University’s law school between 2004 and 2010 before becoming president of Baylor University, where he also served as chancellor beginning part way through his presidency.

After an external investigation found the school mishandled allegations of sexual assault involving its football team players, the school removed Starr as its president in May 2016. He soon after resigned as chancellor and chair of the school’s constitutional law department.

“Judge Starr was a dedicated public servant and ardent supporter of religious freedom that allows faith-based institutions such as Baylor to flourish,” Baylor University President Linda Livingstone said in a statement Tuesday.

Starr later found a welcoming home on Fox News as a contributor, making regular appearances on the cable giant.

In 2020, he joined former President Trump’s defense team during his first impeachment trial.

The House impeached Trump on charges of abuse of power and obstruction of Congress in connection to accusations he withheld U.S. military aid to Ukraine to pressure President Volodymyr Zelensky into investigating Joe Biden and his son, Hunter Biden. The Senate later acquitted Trump on both charges.

Starr is survived by his wife Alice Starr, his three children and nine grandchildren, his family said.

How colleges can prevent student suicides