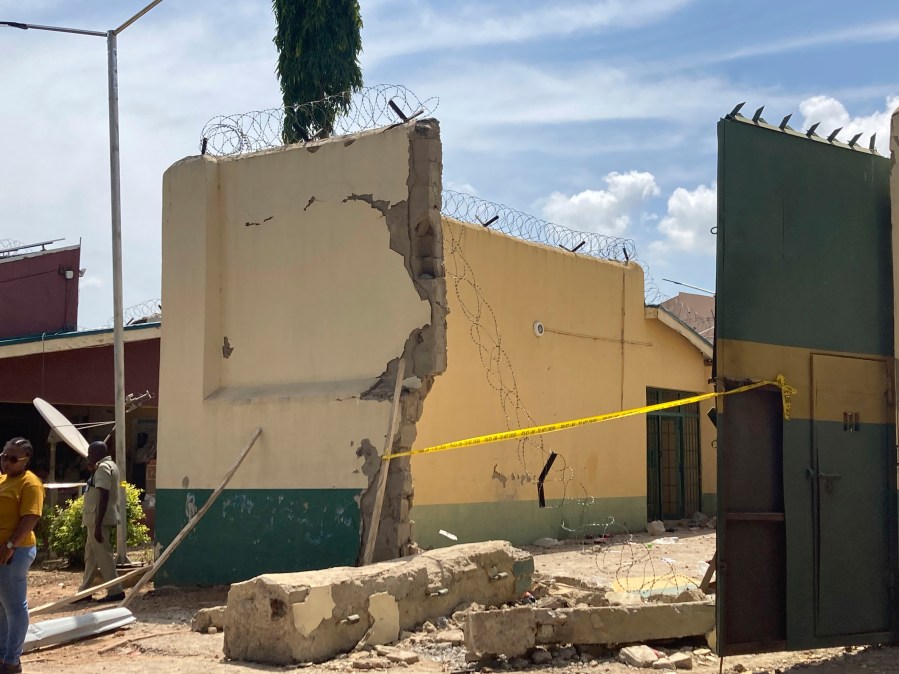 About 300 have been recaptured, authorities said.

The “very determined” rebels attacked the Kuje maximum prison in Abuja on Tuesday night with “very high-grade explosives,” killing one guard on duty, according to Shuaib Belgore, permanent secretary of Nigeria’s Ministry of Interior.

Explosions and gunfire were heard at about 10 p.m. in the Kuje area of Abuja when the attackers arrived and forced their way into the prison through a hole created by the explosives.

The Islamic extremist rebels who attacked the prison have waged an insurgency in the country’s northeast for over a decade. Their attack on the detention facility freed many of their members who are inmates, prison officials said.

“We understand they are Boko Haram. They came specifically for their co-conspirators,” said Belgore. “Right now, we have retrieved about 300 out of about 600 that got out of the jail.”

Nigeria’s jihadi rebels have carried out several jailbreaks in the country’s northeast in recent years, but this is the first in the capital city.

Nigeria’s extremist insurgency, carried out by Boko Haram and an offshoot known as the Islamic State Central African Province, is blamed for violence that has caused the deaths of more than 35,000 people and displaced more than 2 million people, according to the U.N. The prolonged instability, hunger and lack of health services caused by the insurgency have indirectly caused the deaths of more than 300,000 additional people, says the U.N.

The extremists’ violence is the most serious security challenge in Nigeria, Africa’s most populous country with 206 million people, which also is battling violence in the northwest area by rebellious herdsmen and a separatist movement in the country’s south.