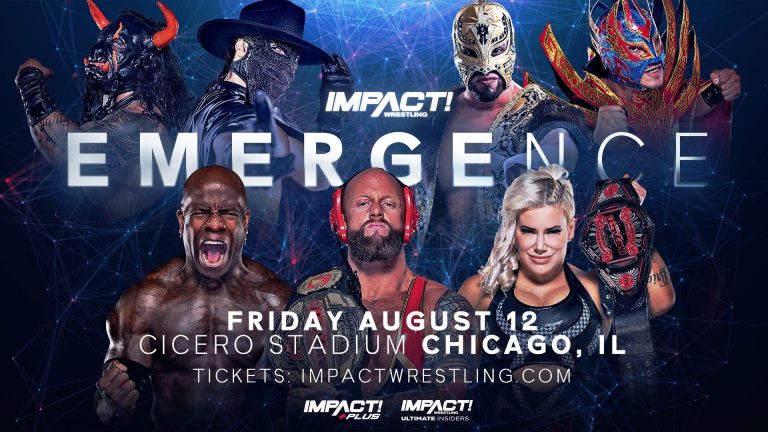 CHICAGO – It’s been three years since the company made its last appearance in the “Windy City” to put on a show for fans, but IMPACT Wrestling is on its way back to Chicago this weekend.

The good news is that fans of professional wrestling will get the chance to see not one but two events on the south side.

IMPACT will make it’s return for the first time since 2019 for a pair of shows at Cicero Stadium at 1909 S. Laramie Avenue beginning first on Friday with “Emergence” on Friday evening and then “Second City Slamm” on Saturday, with the events starting at 7 PM.

To get ready for the event, two wrestlers who take part in IMPACT shows joined WGN News Now to talk about the two upcoming events in Chicago: Jordynne Grace and Moose.

A fan of the sport since childhood, Jordynne has been wrestling professionally since 2011 and is also an accomplished powerlifter.

Moose, whose real name is Quinn Ojinnaka, played in the NFL from 2006-2012 for the Falcons, Patriots, Rams, and the Colts, taking part in 62 games. Like Jordynne, he’s a lifelong fan of professional wrestling and began in the business shortly after the end of his playing career.

He has been a world champion during his time in IMPACT.

You can watch both wrestlers conversation on the upcoming event, their careers, and along with what will stand out to fans about the IMPACT brand with Larry Hawley in the video above.

If you would like to see more information on the event or to buy tickets to either “Emergence” and “Second City Slamm,” click here.

The 2023 Chicago mayoral election: Who’s in and who’s out?