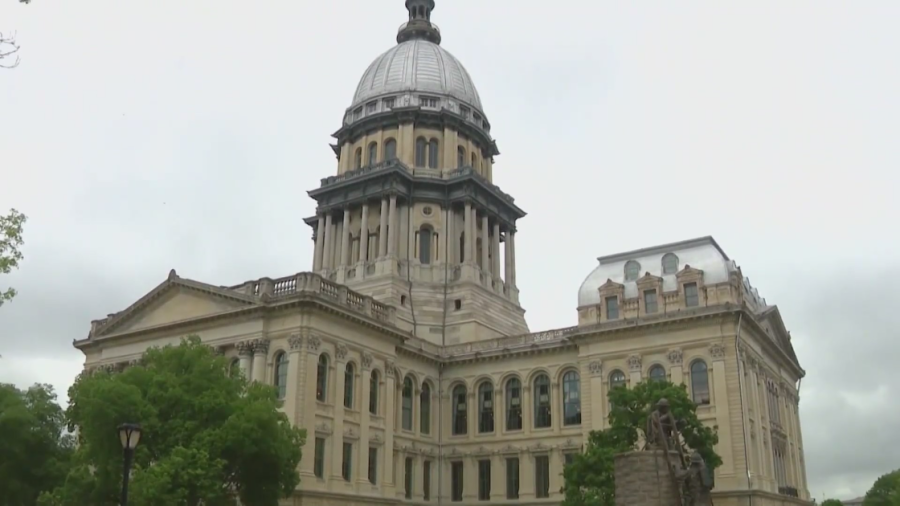 At nearly 800 pages, there’s a little something for everyone to love – or hate – in Illinois’ new SAFE-T Act.

The legislation covers everything from police use of force to equipping officers with body cameras. However, it’s a portion of the legislation that will eliminate cash bond on Jan. 1 that’s getting the most attention these days.

Proponents argue that it should be the threat someone poses that is the litmus test for whether they are released pending a trial, and not whether they can afford to pay a cash bond.

The SAFE-T Act (short for Safety, Accountability, Fairness and Equity-Today Act) shifts the burden to prosecutors to prove by “clear and convincing evidence” that a defendant “poses a real and present threat to the safety of a specific, identifiable person or persons.”

Prosecutors from Southern Illinois to Chicago’s suburbs and the Wisconsin/Indiana state lines are concerned by a section of the law that they say appears to identify a subset of crimes in which the only reason a defendant could be held in jail awaiting trial is if there is a high likelihood they’ll flee to avoid prosecution.

“It takes away judge’s discretion in determining who should be detained or not,” DuPage County State’s Attorney Bob Berlin told WGN News.

However, a spokesperson for Gov. JB Pritzker denies that’s the case.

“There is no such thing as a “non-detainable” offense. Any alleged offender could be detained because of a risk of flight or because they are a repeat offender and those charged with the most serious crimes – which are non-probationable – can also be detained for risk to public safety,” said Pritzker’s spokesperson Jordan Abudayyeh.

Kane County Sheriff Ron Hain, a Democrat who supports cashless bail, is also concerned about those categories of crime in which flight risk may be the only factor in a detention decision.

“The severity of the crime and the risk the defendant poses to a victim, a witness or the community are not factors that can be considered,” Hain wrote in a statement released with Kane County State’s Attorney Jamie Mosser, also a Democrat. “It is this simple – if you are a danger to our community or a flight risk, you should be in jail. If you are not, you should be granted release.”

Many local state’s attorneys and sheriffs have also expressed concern that potentially dangerous people could be immediately released when the law takes effect Jan. 1 while they await trial. However, legal experts say the new law would not likely be retroactive to previous bond hearings.

“On Jan. 1, 2023, it is estimated that more than half of the inmates in the Winnebago County Jail will walk out the door. Approximately 400 criminal defendants will be released back into our community because our Illinois legislators passed the “SAFE-T Act,” Hanley wrote.

Republican candidate for Governor Darren Bailey has claimed, if elected, he would immediately work to repeal the SAFE-T Act.

“JB Pritzker, Lori Lightfoot and Kim Foxx are personally responsible for this,” Bailey said Tuesday. “Soon all of Illinois will look like Chicago, like a scene from a horror film come to life.”

Gov. Pritzker has defended the law, while also admitting changes will need to be made.

“We’re addressing the problem that exists today, making sure that we’re also addressing the problem of a single mother who shoplifted diapers for her baby who is put in jail and kept there for six months because she doesn’t have a couple of hundred dollars to pay for bail,” Pritzker said on Wednesday. “Are there changes or adjustments that need to be made? Of course,” Pritzker went on to say. “And there have been adjustments made and there will continue to be.”

State lawmakers are scheduled to gather in Springfield for the fall veto session starting Nov. 15th, but so far no proposed changes to the SAFE-T act have emerged.

Illinois will be first state in the nation to completely eliminate cash bail, though New Jersey mostly eliminated their own cash bail system under former Republican Governor Chris Christie. Changes to bail policy have been implemented in smaller doses around the country, including the county in Texas that covers Houston.

A University of Pennsylvania study found earlier this year that the jail time and repeat offenses both decreased, since that policy was put into place. Researchers at Loyola University Chicago will be tasked with studying the ongoing impact of the SAFE-T act here in Illinois.

Cook County Chief Judge Tim Evans has also been pushing his courts to limit situations in which financial means are the sole barrier to freedom for a person awaiting trial.

The full bill is below.