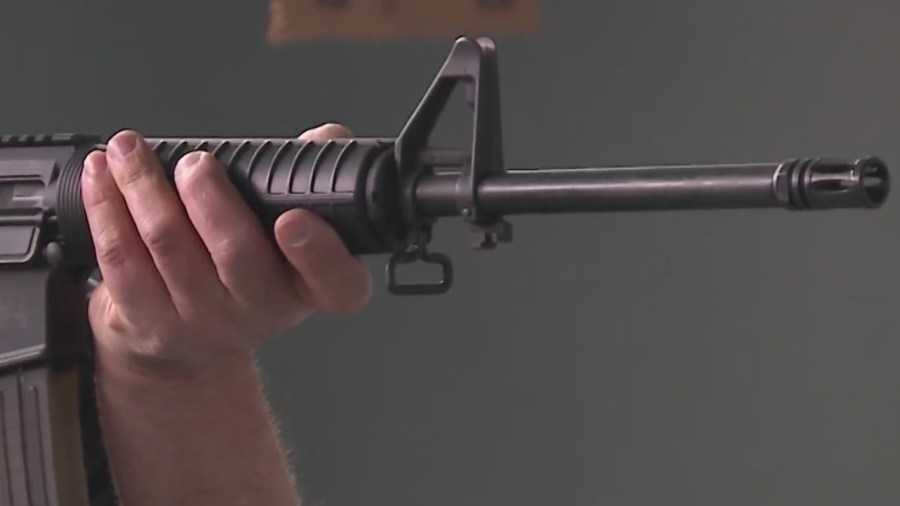 CHICAGO — In the wake of the mass shooting in Highland Park last month, Democrats have renewed their calls for a national ban on assault weapons. But WGN Investigates has found that some politicians’ words do not always match their actions.

From the first hours after seven lives were cut short in Highland Park, Democratic politicians have talked of the need to ban assault weapons. With conversations on the matter spanning from CNN to the White House, the calls for change have been loud and clear.

“There’s no reason someone should have 90 bullets at the ready, 30 in each of the cartridges he used.   That’s just something I don’t think civilians should have.” – Ill. Gov. JB Pritzker

“We can, we should, we will do better.” – Ill. Sen. Tammy Duckworth

“People who say they stand with police need to recognize these are weapons of war.” – Highland Park Mayor Nancy Rotering

Inside Illinois’ Capitol, however, it’s a different story.

“If people are wondering why we don’t have an assault weapons ban, it’s because the Democrats have dropped the ball. Period,” said Illinois House Minority Leader Jim Durkin.

Only seven states and the District of Columbia currently have an assault weapons ban in place.

Illinois is not one of them.

WGN Investigates found in the past decade, there have been 27 bills submitted that would ban assault-style weapons. However, none have become law and most haven’t even been voted on.

State Representative Durkin is the rare Republican who says he could support a ban. Still, Democrats who hold a supermajority in Springfield and control legislation have buried bills in committees.

“Assault weapons bans, right now they’re all gung ho about it – JB Pritzker, Speaker Welch, the Senate – they’re all heroes after the fact,” Durkin said. “When they had the chamber for the last 12 years and these bills were sitting there introduced, waiting to be called for a hearing, the Democrats refused to bring it up for action.”

The sponsor of several bills to ban assault weapons in Illinois, including the most recent to stall in committee, is State Sen. Julie Morrison.

“We are all sitting ducks,” she said. “I’ll never do a parade again. It’s the way our world has become. We can’t even go to a community parade anymore.”

Morrison was in the Highland Park Fourth of July parade when the shooting started. Despite her personal experience, she declined WGN Investigate’s request for an interview about Democrats’ unwillingness to vote on their legislation.

“There is still the powerful Illinois State Rifle Association, a subset of the National Rifle Association that’s had a lot of influence over many years,” Pritzker said. “I believe we’re in a position to overcome that obstacle and to get an assault weapons ban in our state. I certainly am pushing for it.”

“Until we have a 50-state solution to this, we’re going to continue to see more mass gun shootings committed with assault rifles,” said Sean Holihan with Giffords Law Center to Prevent Gun Violence. “I think it helps, but it obviously isn’t the answer to everything because it’s so easy for folks to go across to Indiana, where most crime guns found in Chicago are purchased from.”

Added Durkin: “People will say ‘this doesn’t do anything,’ but if it makes it more difficult for somebody who has bad intention from getting access to one of those military-style weapons like Crimo did in Highland Park, I’m fine with that and I think that’s good.”