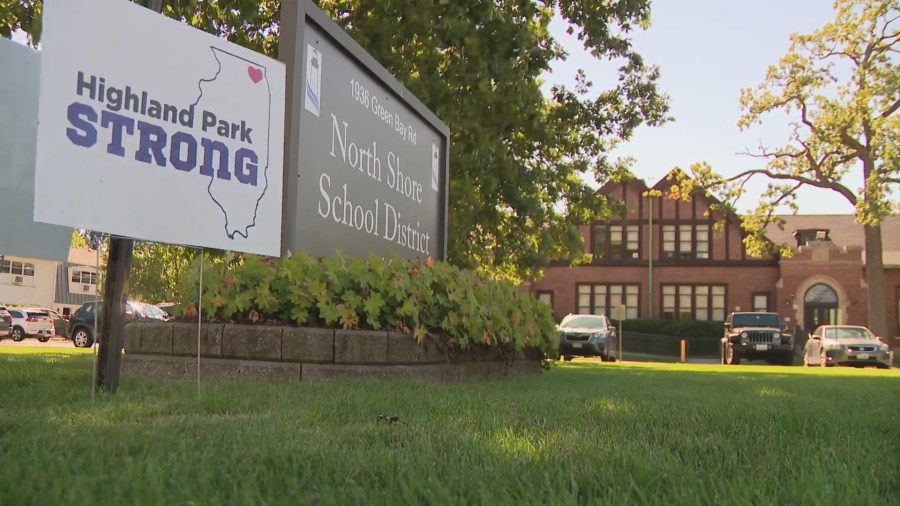 With the tragic events of Uvalde and the Highland Park parade shooting still fresh on their minds, parents are offering their ideas on how the district can improve safety.

Ashbey Beasley is one of them.

“I think every parent is probably having concerns and discussions about school safety,” she said.

After the shooting at Robb Elementary in Uvalde, Beasley said she posted outside her son’s school in Highland Park with a metal detector wand for the remainder of his school year.

“Was just like, ‘I’m going to go stand in front of my kid’s school and wand people,’ sort of take action because I was sick sending my kid to school,” she said. “I was physically ill.”

Weeks later, a gunman in Highland Park forced Beasley and her first grader to run for their lives.

“The only thing that is going to stop a mass shooting at a school is keeping guns out of the school,” she said.

Superintendent Dr. Michael Lubelfeld says both Uvalde and the parade shooting have led board members to reflect on their security procedures for behavioral threat assessment, response protocols and facility hardening, ensuring they align with recommendations of the Illinois Terrorism Task Force.

“Right now, we’re taking all ideas, we’re considering them, we’re running them through our security consultants,” he said. “We have sophisticated cameras and sophisticated locking mechanisms. We’re looking to see if we can up the ante a little bit. Are they the right cameras? Are they the right locking mechanisms? So, in areas where we might need to upgrade, we’re literally accelerating that and we’re doing that in real-time.”

As the first day of the year nears in a traumatized community, Lubelfeld says the district will do “everything in our power” to protect children.

For Beasley, that protection means a bag ban.

“If it doesn’t happen, I’m prepared to come back and sit in front of my kid’s school.”