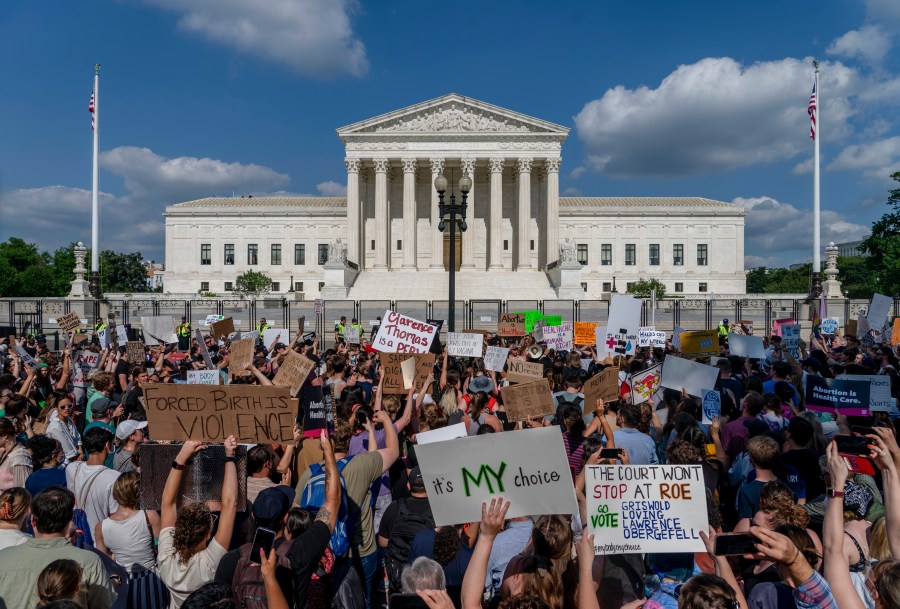 WASHINGTON (AP) — The Marshal of the U.S. Supreme Court has asked Maryland officials to step up the enforcement of laws she says prohibit picketing outside the homes of the justices who live in the state.

Curley wrote that both Maryland and Montgomery County laws “squarely prohibit picketing” at the justices’ homes, and she asked the officials to direct police to “enforce” those provisions.

Justices’ homes have been the target of protests since May, when a leaked draft opinion suggested the court was poised to overturn the landmark 1973 Roe v. Wade case that legalized abortion nationwide.

The protests and threatening activities have “increased since May,” Curley wrote, and have continued since the court’s ruling overturning Roe v. Wade was issued last week.

Curley’s request came about a month after a California man was found with a gun, knife and pepper spray near the Maryland home of Supreme Court Justice Brett Kavanaugh after telling police he was planning to kill the justice. The man, Nicholas John Roske, 26, of Simi Valley, Calif., has been charged with attempting to murder a Justice of the United States.

Supreme Court justices living in Virginia have also become the target of protests. GOP Gov. Glenn Youngkin pushed in May for a security perimeter around the homes of justices living in Fairfax County, but local officials rebuffed the request. He also attempted to create a new felony penalty for certain actions during demonstrations aimed at judges or other officers of a court, which state lawmakers rejected.

A spokeswoman for the Supreme Court provided copies of Curley’s letters to reporters Saturday morning.

A spokeswoman for Montgomery County police referred a request for comment to a spokesman for Elrich. The spokesman did not immediately respond to an inquiry from The Associated Press.

Spokespeople for Hogan also did not immediately respond to a request for comment.