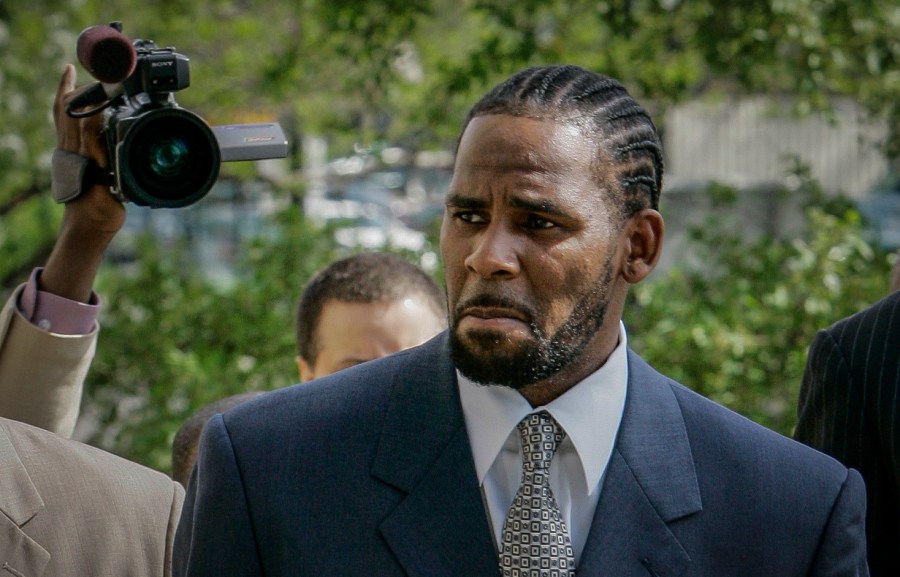 CHICAGO — The eighth day of R. Kelly’s federal child pornography trial was marked by defense attorneys conducting blistering cross-examination of a man who, a day earlier, testified that he was paid hundreds of thousands of dollars to recover  tapes that showed Kelly engaging in sex acts with a teen girl.

Throughout a full day of testimony, the questions posed to Charles Freeman about his decades-long involvement in the case evoked several heated exchanges between him and attorneys for Kelly and one of his co-defendants, his former business manager Derrel McDavid.

Freeman, of Kansas City, Mo., said Tuesday that he drove across the country to find the tapes at the direction of Kelly, McDavid and John “Jack” Palladino, a private investigator.

Back on the witness stand Wednesday, Freeman often sported a grin as he, at times, struggled with questions from attorneys Beau Brindley and Jennifer Bonjean, who pointed out alleged inconsistencies between Freeman’s trial testimony and previous sworn statements he made to a Cook County grand jury and a federal grand jury.

“Is this funny? You having a good time?” Brindley asked.

“Yes, I am,” Freeman replied before he leaned back in the witness chair and took a sip of iced tea.

Freeman is one of several witnesses for the prosecution who are testifying under a grant of immunity.

On Tuesday, Freeman told jurors that he met with McDavid and Palladino on several occasions in which they instructed him to retrieve from a home in Georgia an illicit tape that depicted Kelly engaging in sex acts with a 14-year-old girl.

Brindley, however, read several excerpts from a statement Freeman made to the Cook County grand jury in 2019 in which he said McDavid wasn’t present for those meetings.

After Freeman made one of his several requests to Brindley to repeat a question, Brindley asked him: “You have a hearing problem?”

“No, you have a reading problem,” Freeman responded.

At several points during his cross-examination, Freeman told Brindley that the grand jury statement he was reading from was a summary and not a verbatim recitation of the facts known to Freeman.

In 2001, Freeman said Tuesday, he was recruited by McDavid and Palladino to go to a home in Georgia and recover a tape that showed Kelly engaging in sex acts with a 14-year-old girl — the same girl, Kelly’s goddaughter, who was at the center of Kelly’s 2008 trial.

Freeman said he watched the video he recovered in Georgia and saw it contained two distinct scenes with Kelly and the girl. After he had the tape, he made three copies before returning to Kansas City.

Bonjean pressed Freeman about why he did not notify police about the tape’s contents.

“You had no concern about the girl on the tape, did you?” she asked.

Freeman said he asked for $1 million in exchange for the retrieval of the tape, and McDavid agreed. However, the contract Freeman signed — admitted into evidence Tuesday — was with Palladino and only for $140,000. Freeman said he reached another, off-the-books agreement in which McDavid would pay Freeman the $1 million in installments until the end of Kelly’s 2008 trial.

Freeman later filed two lawsuits against Kelly, with McDavid named as a co-defendant in one, though he later dropped those suits after they were settled for more than $200,000. He also testified that he planned to hold a press conference around the time of Kelly’s 2008 trial, but he later cancelled it after McDavid gave him another $150,000.

Jeannice Appenteng, the lead the prosecutor, told Leinenweber that the prosecution’s case could be concluded by mid-next week.

A federal grand jury in Chicago indicted Kelly, 55, on 13 counts in July 2019, accusing him of producing and receiving child pornography, while also enticing minors to engage in illegal sexual activity. Earlier this year, Kelly was sentenced to 30 years in prison by a federal judge in Brooklyn after he was found guilty of racketeering.

The Grammy-winning, multiplatinum-selling singer — who has remained in law enforcement custody since his 2019 arrest — was initially charged with sexually abusing five minors, though a superseding indictment in 2020 added a sixth alleged victim.

Prosecutors allege Kelly and those in his inner circle paid out hundreds of thousands of dollars over the years in an effort to track down video tapes that Kelly made that allegedly show him engaging in sexual activity with underage victims.

Armed man with gas can taped to chest fatally shot by officer in Waukegan, police say