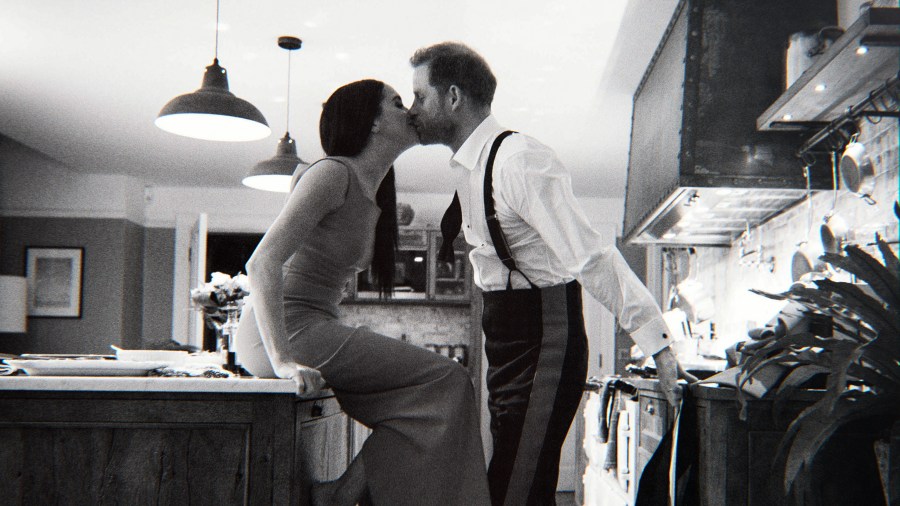 LOS ANGELES (AP) — Footage of an upcoming documentary about Harry and Meghan released Thursday shows the couple is once again prepared to tackle the topic of their rift with the royal family head on and in their own words.

Netflix’s release of roughly a minute of footage of “Harry & Meghan” comes as their relatives — the Prince and Princess of Wales — embark on a U.S. trip meant to promote the future king’s Earthshot prize. The trip to Boston, which is William and Kate’s first one since the death of Queen Elizabeth II, had already been clouded by tensions with Harry and Meghan, who quit their royal duties in 2020 and moved to California.

The footage includes photos and brief interview snippets of Harry and Meghan.

“No one sees what’s happening behind closed doors,” the Duke of Sussex says as a photo of Meghan crying while holding a cellphone is shown. There’s the sound of glass breaking and an image of William and Kate appears.

“When the stakes are this high, doesn’t it make more sense to hear the story from us,” Meghan says as the trailer ends.

The trailer also includes images of the couple in happier times, with numerous happy shots of them together.

Netflix is billing the six-part series as “an unprecedented and in-depth” look at “one of the most-discussed couples in history.” It is directed by Liz Garbus, the Emmy winning producer of the Netflix documentary, “What Happened, Miss Simone?”

In 2020, Prince Harry and his wife signed a multiyear deal to produce nature series, documentaries and children’s programming for the streaming service.

The couple has already addressed their problems with the royal family in a bombshell 2021 interview with Oprah Winfrey.

Morgan Wallen will play a concert at Wrigley Field in 2023

The mind behind the Rubik’s Cube celebrates a lasting puzzle