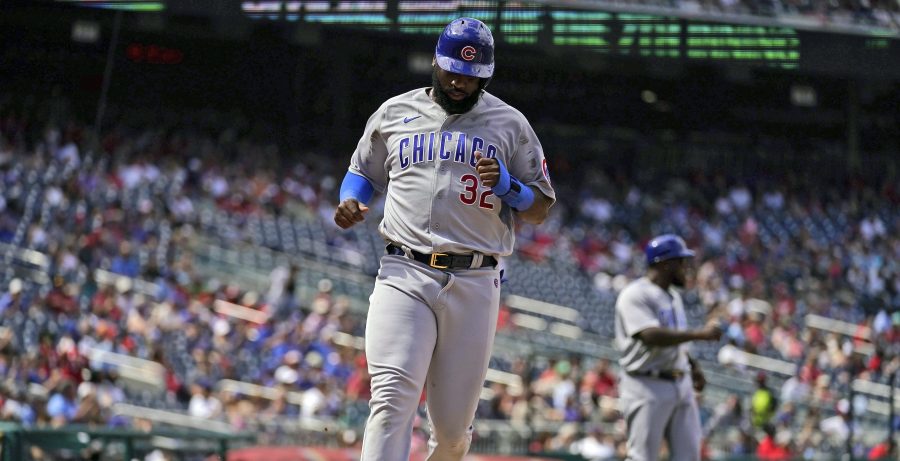 WASHINGTON D.C. – Sometimes the best thing that can happen to anyone in any kind of job is having a change of scenerey. It’s been proven over and over again, especially in the world of sports.

Perhaps Franmil Reyes is feeling this way as a member of the Cubs.

After struggling in Cleveland for most of the season and eventually being designated for assignment, he has joined the Cubs for the last two months of the 2022 campaign in an attempt to get things going again.

While he’s still got a while to go until the end of the season, it appears that Reyes is making the most of his latest move to a new team – and on Wednesday he helped the Cubs to a victory.

Tied at two in the seventh against the Nationals, Reyes got a ground rule double to kickoff the inning and was driven in later on a Yan Gomes base hit to give the Cubs a lead they wouldn’t relinquish. The bullpen came through with three scoreless innings to seal up a 3-2 win at Nationals Park.

It’s gave the Cubs their fourth-straight series win as they took 2-of-3 from the Nationals as Reyes continues a strong start to his career in Chicago.

The designated hitter collected two hits on Wednesday and is now 11-for-30 (.367) to begin his Cubs career. That includes three doubles, a triple, two homers, and five RBI, including three hits and 2 RBI in the Nationals’ series with just one strikeout.

Before arriving in Chicago, Reyes hit just .213 in 70 games with the Guardians with nine home runs and 28 RBI.

At the moment the Cubs could have team control of Reyes for the next two seasons and a decision will be made in the coming months on whether to keep him around for 2023. At the moment, the designated hitter is making his argument to stay around.