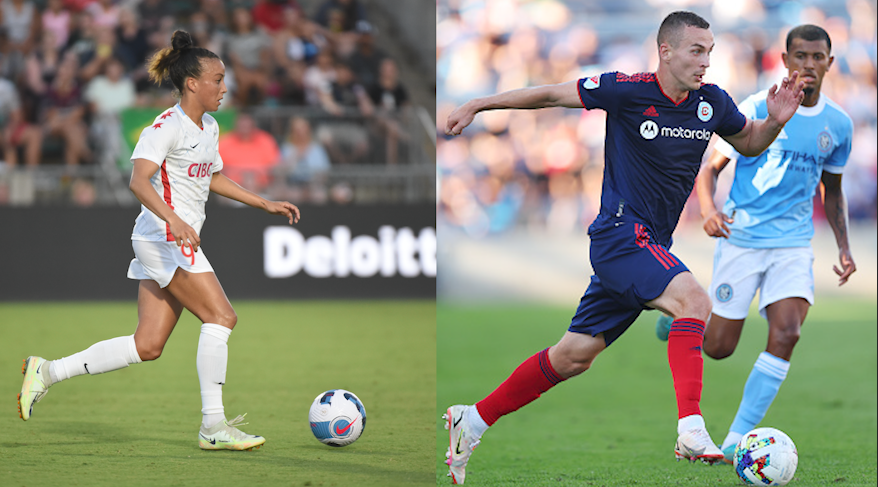 CHICAGO – It’s getting towards the end of August with the fall not far away, and both of Chicago’s professional soccer teams are looking to get into their respective league’s playoffs.

For Chicago Fire FC, it’s a little bit more of a difficult fight as they once again face a battle to get back above the playoff line in the MLS. Ahead of their match with CF Montreal at Soldier Field on Saturday night, the club is currently five points out of the last Eastern Conference playoff spot with four other teams ahead of them vying to get that spot.

Columbus is above them all with 35 points in what has been a wide-open race for the final playoff spots in the Eastern Conference.

“We see it as a 24-point season right now,” said manager Ezra Hendrickson of the playoff race with eight matches to go. “Just getting as much as you can get.We think anywhere from 15 to 18 will do it but you know, it’s still left to be seen because you have to figure in what happens with the other games.But we think, you know, we have four more home games. Definitely we want to win those games.

“We knew coming into these three games, the past two and now this Montréal game that it wasn’t going to be easy but we were really hoping and really wanting to get six out of the nine, at least; that obviously is not going to happen now but we certainly have to get three, and that means we win in Montréal.”

Improving on their last effort is a top priority at the moment as the team had a sluggish showing in a 2-0 loss to NYCFC at SeatGeek Stadium last Sunday. It gave the club a second-straight defeat, which followed a win over Charlotte that briefly put the Fire over the playoff line in the Eastern Conference.

“You just try to be positive again. You train as hard as you can and you know to prepare the best you can for the next weekend, obviously, for Montréal ahead,” said Fabian Herbers of coming back after a subpar effort. “There’s nothing really specific that you do. You have to show up with a good mentality, with a positive attitude, and you know, you’ve just got to keep working.”

As for the Chicago Red Stars, they are currently occupying the playoff spot in the NWSL as they sit sixth in the table after two-straight losses.

The club has battled through a number of injuries to stay afloat in the playoff race throughout the year as they face a difficult stretch of four-straight road matches. That continues on Saturday with a contest at Racing Louisville FC on Saturday evening at 6:30 PM.

Manager Chris Petrucelli said that the club is well aware of where they stand in the race for the postseason and embracing what could be ahead of them.

“It smacks you in the face, so you can’t look the other way. I think we all know where we stand. We’ve made the point, from the beginning, to continue to look in front of us and not look behind us,” said Petrucelli. “As I told the team yesterday, we’re only five points out of first place. We’re not out of this thing.

“We could win the whole thing, you know, the shield. We’re that close. So, I think we’re choosing to look forward, instead of looking behind us.”

The Racing Louisville FC match represents one of six matches left for the club as they look to make it to the postseason for the seventh-straight time.

“I think that at this point, we control our own destiny,” said midfielder Danielle Colaprico. “If we want to be at the top of the table, we put our heads down, go to work, and win some games. It’s not a bad position to be in. We’re not out of this thing, we’re in a great spot, and we can go on and win this thing.”