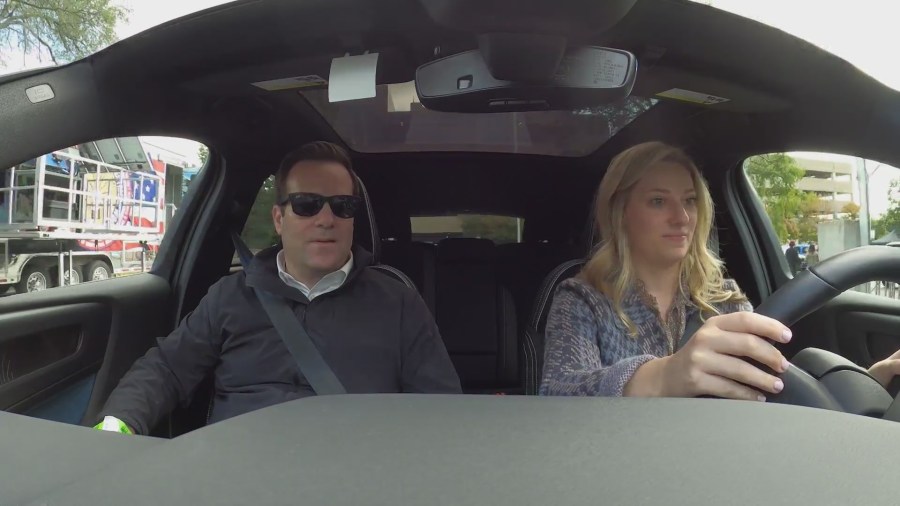 It’s a sort-of auto show aimed at educating the public about electric vehicles.

Both the auto industry, and the public infrastructure are transforming to accommodate the push for EVs.

This week, the Biden Administration approved electric vehicle charging plans for all 50 states including the “Illinois EV Plan,” which would create charging corridors on the state’s main expressways with the goal of spacing chargers every 50 miles.

Sylvia Garcia is the director of the Illinois Dept of Commerce and Economic Opportunity.

“This plan was just approved this week. It’s $149 million over five years,” she said.

Building the charging stations will require a collaboration between three state agencies, the Department of Commerce, the EPA and the Department of Transportation along with the state’s two biggest utilities, Ameren and Commonwealth Edison.

“Both of them have submitted to make sure we have one of the most reliable networks/grids in the country,” Garica said. “We want to make sure that continues and they’re able to support all this electrification.”

Right now, the median range for an EV is 250 miles, but Cars.com editor-in-chief Jenni Newman said the EV market has been held back by “range anxiety.”

“A lot of these cars have well over 200 miles of range, but something you need to know – especially here in Chicago – is that cold weather impacts your range.  It can go down by as much as 40 percent when it’s quite cold out,” she said.

Sam Abuelsamid is an energy industry research analyst and said it will take two to three years to build reliable and accessible charging infrastructure. He predicts that only 10% of U.S cars will be electric by the end of the decade.

“We’re not just going to overnight replace all the gas vehicles,” he said. “They’re going to be with us for a long time to come. It will take decades to replace that fleet.”

“The Chicago Drives Electric Event is free and open to the public. It runs through Sunday here in Oak Brook and anyone who comes out can talk to industry experts who are truly plugged in.