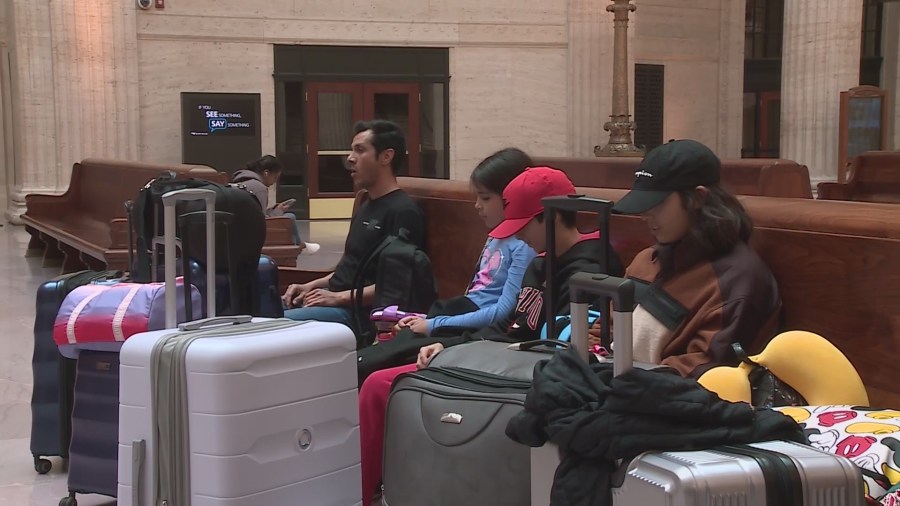 CHICAGO — WGN News cameras rolled as Daniel Miranda and his family awaited pick-up from Union Station. Like many Amtrak travelers, their long-distance train ride was canceled as the transit company braced for a possible freight rail strike.

The family was set to take a Thursday trip to El Paso, Texas and catch a flight to Mexico.

“We already had tickets to travel and they canceled it,” Miranda said. “So now we’re here worried.”


Metra: No disruptions to Thursday train services after railroad agreement

President Joe Biden on Thursday said a tentative railway labor agreement had been reached, averting a potentially devastating strike before the pivotal midterm elections. Yet Thursday afternoon, Miranda was searching for another alternative to get to his final stop.

“Fortunately, they refunded us the money,” he said. “But what may happen is we may lose the tickets for our flight.”

Sharon Potter was traveling back home to Michigan after a week-long trip from Ireland.

“Having flown in from a foreign country, we didn’t really hear about the strike, the potential strike, until yesterday when I got a text from a friend,” Potter said.

She’s feeling the luck of the Irish that her train ride back wasn’t affected.

“We’re close enough to home that if we had to, we could’ve rented a car and could’ve driven home,” Potter said. “So, it wasn’t the end of the world for us.”

But Potter told WGN News she is relieved that a resolution was reached, so travelers’ plans don’t get delayed or canceled.

Amtrak issued a statement Thursday that said the company would reach out to passengers whose plans were disrupted. The company is also offering full refunds and will help accommodate travelers on the earliest departures available.

High 10 Up To Date Black Writers Of Fiction