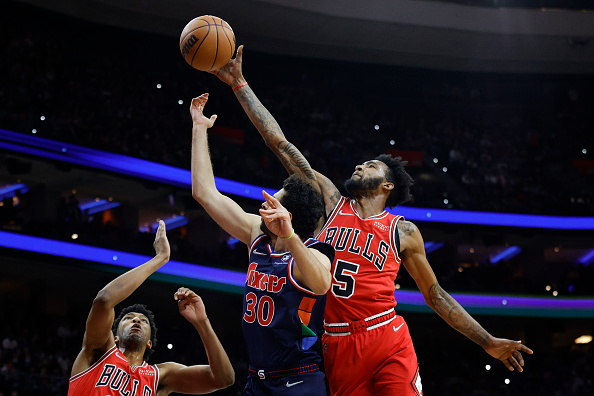 CHICAGO – For the second time on Friday, a member of the Bulls from last season is coming back for another couple of years.

Per Shams Charania of Stadium and The Athletic, the Bulls have an agreement with forward Derrick Jones Jr. on a new two-year, $6.6 million contract that will keep him in Chicago after he made his debut last season. The contract won’t become official until July 6th, per NBA rules.

Acquired in the three-way trade with the Trail Blazers and Cavaliers that sent Lauri Markkanen to Cleveland last August, Jones played in 51 games during his first season with the Bulls with eight starts. He averaged 5.6 points and 3.3 rebounds in mostly a role off the bench while also playing in all five playoff games, averaging 3.8 points and 1.8 rebounds in 12 minutes.

Jones missed nearly a month early in the new year when he suffered a knee contusion against the Nets on January 14th and then broke his index finger during a training session at the Advocate Center on January 25th.

Bringing Jones back represents the third move made by the Bulls since the start of free agency at 5 PM on Thursday afternoon. Later that night, the team reportedly came to an agreement with center Andre Drummond to add another big man to the roster for rim protection.

On Friday, as expected, the Bulls came to an agreement on a max contract with two-time All-Star Zach LaVine.

Happy hour? You won’t find one in these states