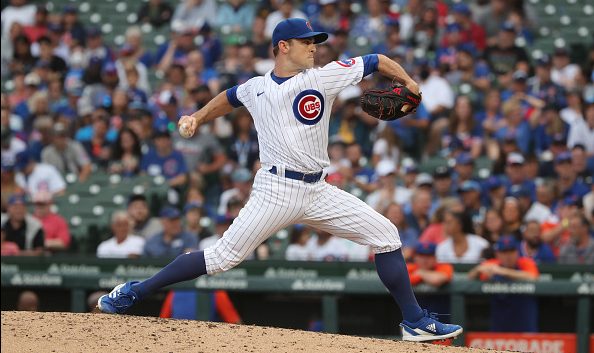 CHICAGO – For the second time ahead of the Major League Baseball trade deadline, the Cubs have traded a reliever as part of their moves to acquire future talent for the rebuilding club.

Per numerous reports, the team is trading closer David Robertson to the Philadelphia Phillies in exchange for minor league pitcher Ben Brown. The clubs have yet to confirm the move.

In his first season with the Cubs and 14th in the major leagues, Robertson performed well as the team’s main closer, saving 14-of-19 attempts during the season with a 2.23 ERA. In 36 appearances, he had 51 strikeouts compared to 19 walks with a WHIP of 1.04 in 40 1/3 innings pitched.

Robertson will return to the Phillies after spending a portion of the 2019 season with the club in which he only pitched seven games before having season-ending Tommy John surgery. The closer has also pitched for the Yankees, White Sox, and Rays before joining the Cubs in 2021.

Brown, a 33rd-round pick of the Phillies in 2017, was just promoted to Double-A Reading after spending the entire season so far with High Class-A Jersey Shore. Primarily a starter there, he had a 3.08 ERA in 16 appearances with 15 starts with 105 strikeouts compared to 23 walks in 73 innings (1.04 WHIP).

Per MLB.com, he was the 26th-ranked prospect in the Phillies’ minor league system.

This is the second reliever the Cubs have traded ahead of Tuesday’s 5 PM central time MLB trade deadline, having dealt Scott Effross to the Yankees on Monday in exchange for minor league starter Hayden Wesneski.