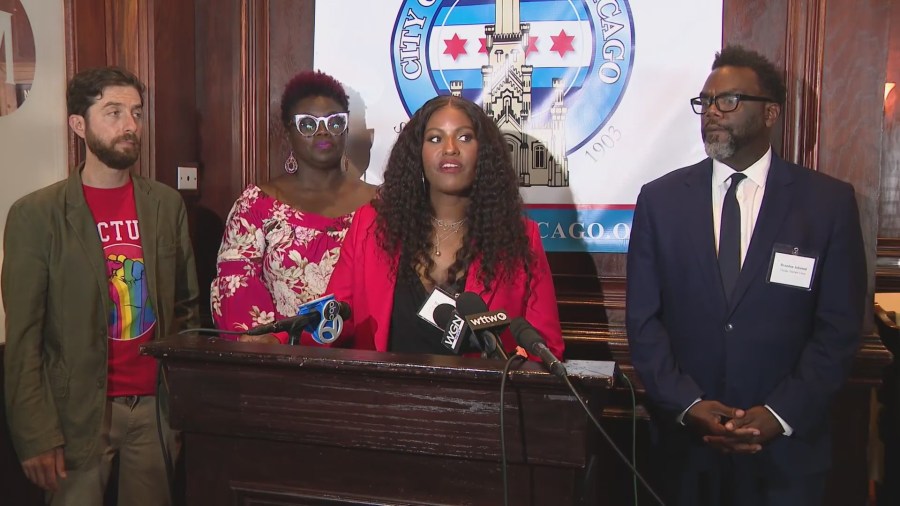 CHICAGO — The first day of school wasn’t just a big deal for students and their families Monday, but also for teachers, Mayor Lori Lightfoot and other potential candidates that may run against her in Chicago’s 2023 mayoral election.

“Everybody in this room know you all need a new mayor,” said Stacy Davis-Gates, president of the Chicago Teacher’s Union.

Davis-Gates said she won’t be running for mayor herself, but insisted the CTU will continue to take a stand on issues affecting the city.

“You will hear our voices on things that impact our classrooms,” Davis-Gates said. “You can’t be a world-class city and your children are being shot in the streets … In this moment at this time in this city, we are in need of a pivot. We’re in need of a pivot that unites us.”

“Labor leaders and community organizations, politicians and folks in the faith community have repeatedly asked me to take the leadership that I have done as an organizer and a teacher and as a Cook County commissioner … to take that leadership to the fifth floor,” said Johnson. “And so when that decision is finalized, I’ll text you.”


Final preparations underway ahead of CPS kids’ return to school

Those who are still undecided about whether or not to run for Chicago’s mayoral office have until Nov. 28, 2022 to file for candidacy.